What does the flag of Somalia look like? The Somali flag is light blue with a white five-pointed star in the middle.

Somalia has a pretty simple national flag design, but it has significance in its basic design. The primary feature of the Somali flag is the five-pointed star in the center. This star is known as the Star of Unity, and it represents the areas where Somalis resided. This includes Djibouti, the North Eastern Province of Kenya and southern Somalia. The color of the flag was originally inspired by the flag of the United Nations. However, the color of the field is now said to represent the Indian Ocean and the sky over the nation.

Just two colors make up the design of the Somali flag. The flag mainly consists of a light blue background. This color was inspired by the flag of the United Nations, which helped the nation transition to independence. However, in more recent years, this color of blue is said to symbolize the surrounding Indian Ocean and the blue sky above. The other color used in the design of the flag is white, which is used for the five-pointed star centered on the flag. As previously mentioned, the points of the star represent the areas where native Somalis resided.

The flag was designed by Mohammed Awale Liban.

The formal description – or blazon – of the flag is “Azure, a mullet Argent.” 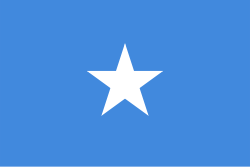 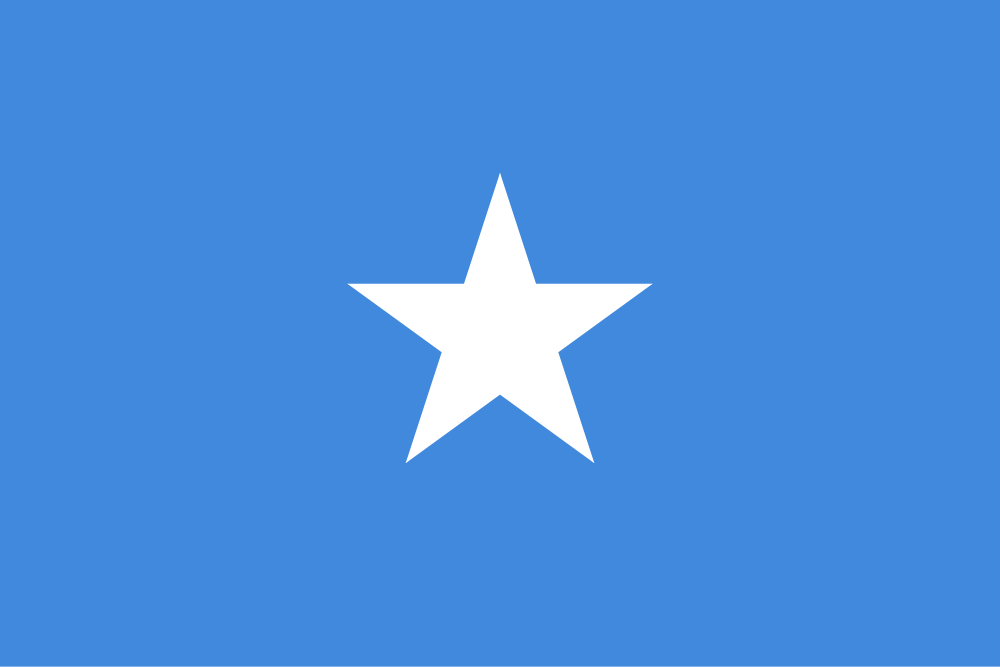