What does the flag of Taiwan look like? Taiwan's flag is red with a white 12-rayed sun in the middle of a navy blue rectangle in the top left.

The flag used in Taiwan is the Flag of the Republic of China. This flag features a sun with twelve rays, which symbolize the twelve months. The color red is used on the flag to stand for the blood shed by those who fought to overthrow the Qing Dynasty. This color is also used to represent the livelihood and fraternity of the people. The white color of the flag stands for equality and democracy. The blue symbolizes liberty and nationalism.

The flag used by Taiwan features three colors: red, white and blue. A bright red field makes up the majority of the flag. The flag also has a blue canton which features the white sun with twelve points.

This flag was originally adopted in 1928, although it was not used in Taiwan at that time. Instead, it was used by mainland China. Prior to this, in 1912, the flag was used as a Navy flag. Once it was adopted by mainland China, it became the national flag of the Republic of China. Because Taiwan was under the rule of Japan, the flag was not used here. Once the Republic of China took control, however, the flag went into use in 1945. Not only is this flag used in Taiwan, but it is also used in other outlying islands including Kinmen, Matsu and Penghu.

The flag is described as “Blue Sky, White Sun and a Wholly Red Earth.”

The flag was originally used as a Navy flag in mainland China. However, it stopped being used on the mainland following the formation of the People’s Republic of China.

The use of this flag is banned in Cambodia. 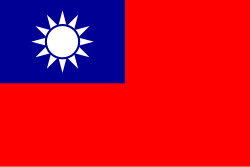 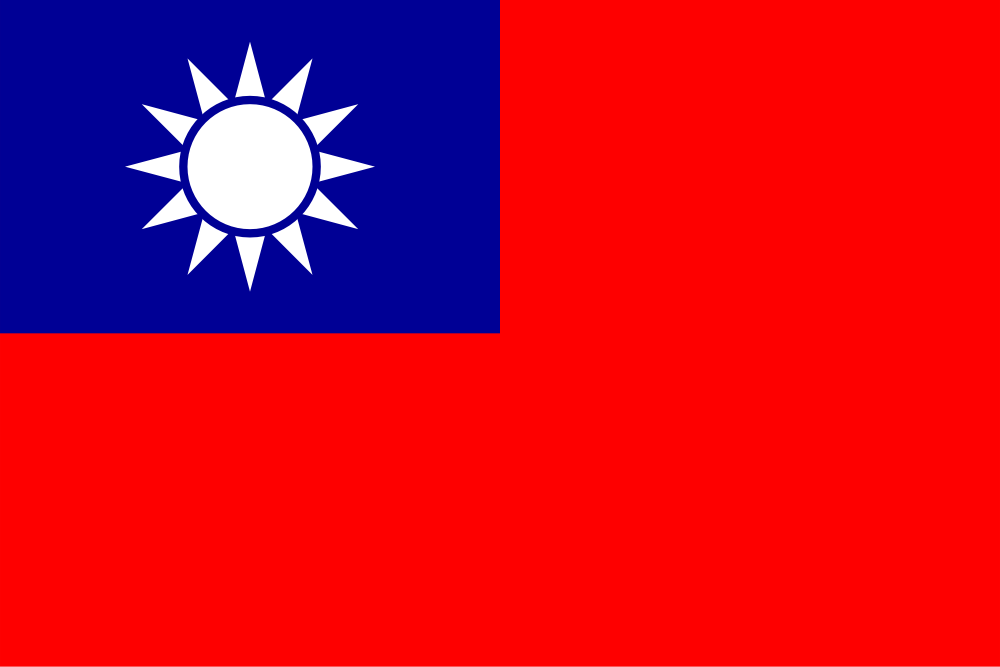