Uruguay’s national flag features nine horizontal stripes that alternate between white and blue. The design starts and ends with a white stripe. These stripes are meant to represent the original nine departments of Uruguay.

Urugay’s national flag is primarily blue and white. These two colors make up the nine stripes that adorn the surface of the flag. The canton is also white, and the Sun of May symbol is yellow and brown.

The other official flag of this nation is known as the flag of Artigas. This flag is used to pay homage to Uruguay’s national hero, Jose Gervasio Artigas. It is flown with the flag of the Treinta y Tres and the national flag on government buildings.

The official name of the national flag is The National Pavilion.

The flag is also known as The Sun and Stripes. 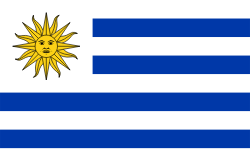 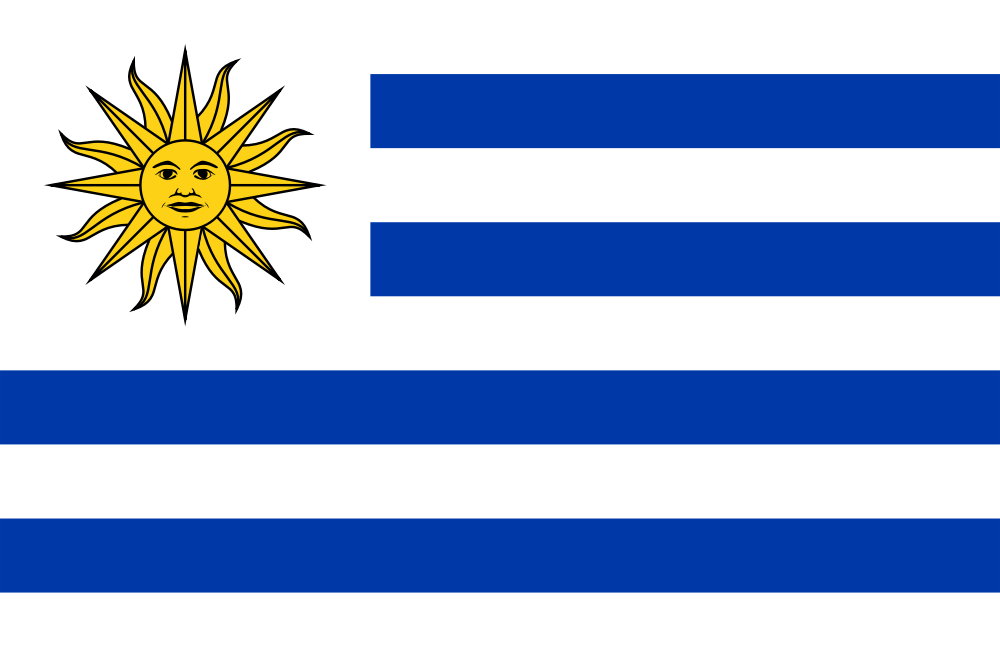