Virginia was one of the 13 original States. Kentucky was part of Virginia until 1792, and a small part of Virginia was included in the District of Columbia from 1791 to 1846. West Virginia was separated from Virginia in 1862, becoming a State in 1863 and adding two more counties in 1866. Since then Virginia's boundaries have remained essentially unchanged, with slight modifications as early surveys were reviewed and corrected. Details of the Virginia-Tennessee boundary were not settled until 1901.

The state of Virginia contains a diverse set of ethnic groups and one of the higher percentages of Asians and African Americans in the country, ranking 9th in terms of percentage when compared to the other 49 states. Its most populous ethnic group, non-Hispanic whites, declined from 76% in 1990 to 64% in 2012.

Many people in the state are of English heritage and are the descendants of those who settled in the state during the colonial period, although British and Irish heritages are also very common. Most people who identify as "American" ethnicity are of English descent. Interestingly, 75% of the English immigrants to Virginia during the 17th century were indentured servants.

Virginia also has a very large population of African Americans, most of whom are descendants of enslaved people who worked the plantations in the state. While a large percentage of the black population left during the Great Migration north, reverse migration occurred in the 1960s. 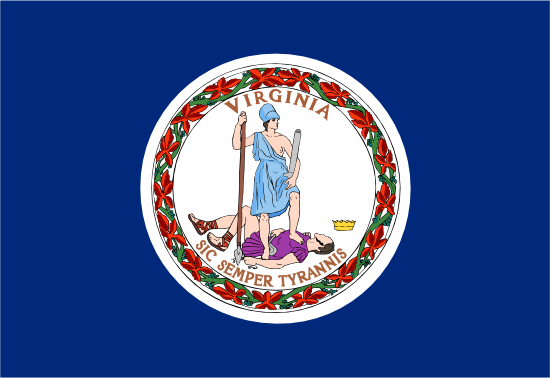 The highest rate of high school graduation is among white people with a rate of 93.22%.

The highest rate of bachelors degrees is among asian people with a rate of 61.19%.

83.61% of Virginia residents speak only English, while 16.39% speak other languages. The non-English language spoken by the largest group is Spanish, which is spoken by 7.25% of the population.

The race most likely to be in poverty in Virginia is Black, with 24.07% below the poverty level.

The race least likely to be in poverty in Virginia is Asian, with 10.16% below the poverty level.