Situated on the eastern tip of the USA, Maryland is one of the smallest states in the country. However, what it lacks in size it more than makes up for in population numbers and density. Overall, this is one of the busiest and most bustling areas in the union.

The last set of confirmed population figures occurred during the 2010 Census, showing there were 5,773,552 people living in Maryland -- a rise of 9% from the figures declared in 2000. Further estimates continue to suggest that the population of Maryland in 2016 is 6,006,401. Maryland also has a healthy population growth rate of 0.96%, which ranks 20th in the country.

With a surface area of just 12,407 square miles, (32,133 square kilometers), Maryland is only the 42nd largest state in the USA in terms of land mass. It is, however, one of the most populous and most densely populated states in the whole country. A 2016 estimate of the population places just over 6 million people in the state, which makes it the 19th most populous state in the country.

Looking at those numbers, it isn’t hard to establish that this must be a very densely populated area indeed. In fact, there are about 594 people per square mile in Maryland. This population density makes Maryland the 5th most densely populated state in the USA.

Montgomery County is the most populated county in the state with 1.04 million residents, while Kent County was the least populated with just 19,787 residents, according to the 2015 Census estimates. Southern Maryland has grown faster than the rest of the region with a 21% increase between 2000 and 2010, compared to just 9% for the state as a whole. Most of the state's population lives in the central area of the state in the Washington and Baltimore metropolitan areas, while the Eastern Shore remains rural.

The most populated city in Maryland is Baltimore with over 600,000 individuals residing there.

Maryland was one of the 13 original States. It helped form the District of Columbia in 1791; its boundaries have been substantially unchanged since then, although the Maryland-West Virginia boundary was in dispute as late as 1910.

Census coverage has included the entire State from 1790 on. The 1790 population includes the present area of the District of Columbia, separated from Maryland in 1791. The 1840 results for Montgomery County are from a re-enumeration of the population as of 1840, conducted in 1841.

According to the most recent ACS, the racial composition of Maryland was:

As early settlers began to arrive in the New World, the eastern states began to be colonized first, and Maryland was no exception. In the first set of recorded figures available, it was shown that in 1790, 319,728 people were already living in the state. By comparison, many states on the western edge of the US recorded population numbers that barely breached four figures.

From this point, the population of Maryland grew by healthy and steady percentages on a census by census basis. By the time that the 1800s faded away, the 1900 census recorded that the population had comfortably exceeded 1 million, with a final, confirmed figure of 1,188,044.

Unlike other states, however, that growth failed to ever settle down and continued to show significant rises, taking us to the present day wherein 2016, Maryland's population has surpassed 6 million.

Based on these growth levels, the state predicts its population will reach 6.3 million by 2020.

Maryland is one of the top four states with the smallest population of whites. Maryland's population of blacks is also the 4th highest in the nation, falling only behind Mississippi, Louisiana, and Georgia.

In 2006, it was estimated that 645,000 residents of Maryland were foreign born, mostly from Asia and Latin America. Around 4% of the state's population are undocumented immigrants. Hispanics and Latinos of any race make up about 9.5% of the state's total population. As of 2011, a full 58% of the population under the age of 1 were classified as non-white. With its population of Hispanics, Asians, and Africans, Maryland has the 5th largest proportions of minorities in the United States.

Maryland also has communities of Irish Americans located in the Baltimore area, Western Maryland and the suburbs of Washington D.C. These residents celebrate their culture with festivals and other events. 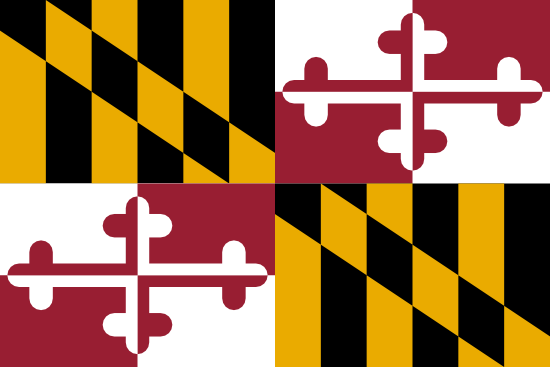 When looking at data from the 2010 Census and 2015 estimates taken by the Census Bureau, the counties of Maryland overall saw growth in population. Howard County saw the largest amount of growth at a rate of 8.59%. The remainder of the counties that exhibited the largest amount of growth are located along the southern border of the state. This includes Prince George's County, St. Mary's County, Charles County, and Montgomery County. Other counties that reflected positive population growth include Baltimore and Frederick, amongst others. While the majority of Maryland's counties saw growth, there were a few that posted population declines between 2010 and 2015. The most significant decline was seen in Allegany County along the northern border, decreasing by 3.33%. Somsert County also posted a loss of 2.69%, the 2nd highest in the state. Other counties saw smaller losses, and include Talbot, Caroline, and Kent.

Maryland Educational Attainment by Sex (over 25)

The highest rate of high school graduation is among white people with a rate of 93.50%.

The highest rate of bachelors degrees is among asian people with a rate of 63.89%.

81.58% of Maryland residents speak only English, while 18.42% speak other languages. The non-English language spoken by the largest group is Spanish, which is spoken by 7.99% of the population.

The race most likely to be in poverty in Maryland is Other, with 14.83% below the poverty level.

The race least likely to be in poverty in Maryland is White, with 6.41% below the poverty level.

Maryland Married by Age and Sex