Texas is the largest of the 48 contiguous US states and sits in the South Central part of the country along the US-Mexico border. This is due to its current growth rate of 1.80%, which ranks 3rd in the country. The last US census was in 2010, so current figures are projected based on the latest estimates.

At the time of the 2010 Census, the number of citizens living in the Lone Star state was declared at 25,145,561, making it the second most populous state in the country. The state's population has now hit an all-time high of over 27 million.

Given its large size, which only ranks 2nd in the nation behind Alaska, it's no surprise that Texas has a large population, which places it behind California as the 2nd most populous state.

Texas might be the second largest in terms of surface area at 268,581 square miles (696,241 square kilometers) but the statistics with regards to density are a little different. Texas has just 105.2 people per square mile and those figures are merely the 26th highest in the US.

Perhaps when you consider that there is harsh terrain and high temperatures across much of Texas, maybe the density statistics aren’t so surprising.

The two most populated counties in Texas are Harris and Dallas Counties, with respective populations of 4,652,980 and 2,618,148. Both counties currently enjoy growth rates exceeding 10% since the last official census in 2010.

The median age among the residents of the state is approximately 34.2 years of age. When examining the ratio of females to males across the population, 50.4% are females and 49.6% are males.

Texas was part of Mexico until its revolution in 1835-36 made it an independent republic, with a territory somewhat larger than the present State. It became part of the United States and was admitted as a State on December 29, 1845. It reached essentially its present boundaries in 1850, after the sale to the United States of an extensive northwestern area. In 1896 a long-standing dispute over what is now Greer County, Oklahoma was decided against Texas by the U.S. Supreme Court. In 1930 a Supreme Court decision transferred from Oklahoma to Texas a narrow strip on the eastern side of the Texas Panhandle. Beginning in 1905, international treaties and conventions have exchanged small tracts along the Rio Grande with Mexico, notably in and adjacent to the city of El Paso.

Census coverage of eastern Texas began in 1850, although in 1820 and 1830 the census counts for (old) Miller County, Arkansas Territory, included some people in what is now Texas. By 1880 census coverage included the entire State.

According to the most recent ACS, the racial composition of Texas was:

By far the biggest increase in the measured population of Texas took place between 1850 and 1860 when the numbers jumped from 212,592 to 604,215. This represented a rise of an incredible 184.2% and further large jumps were experienced for the rest of the 19th century.

Further growth levels settled down by comparison but there has still been a healthy increase declared at every US census over the last 100 years.

The 2010 confirmed figure of 25,145,561 represented an increase of 20.6% from the 2000 numbers of 20,851,820. Like most states across the US, the population of Texas has increased from its very birth but percentage rises are fairly constant with the recent 20.6% increase being a fairly typical figure.

Unlike much of the United States of America, Texas’ growth is fairly constant and as such, it is far easier to predict than other parts of the country. The population of Texas in 2016 is now estimated at 27.4 million, and given its very high growth rate, it will be no surprise to see a substantial jump in the population at the next census.

Currently, 5 of the 15 fastest-growing cities in the United States are located in Texas, and San Marcos, located between San Antonio and Austin, had the highest growth rate of any US city or town with more than 50,000 people between 2011 and 2012.

The population of Texas is estimated to continue the "rural flight" trend, further increasing the population of its larger cities, with a growth fueled by the suburbs, as well as recent gas and oil development in many parts of the state.

Hispanics, already a major group, are expected to become the majority by 2020, while the population also grows older as the baby boomer generation ages. By 2040, Texas is projected to have a population over 45 million.

Asian Americans represent a rather large minority group in Texas, with more than 200,000 Indians living in the state. There are large populations of Vietnamese, Chinese, Koreans, Filipinos and Japanese in Texas, along with sizable populations of people with Hmong, Thai and Cambodian ancestry.

Hispanics and Latinos are Texas's second largest group after non-Hispanic Europeans, with nearly 8.5 million people. People of Mexican descent account for 30.7% of the total population with 7.3 million residents, although there are also large populations of Puerto Ricans and Cubans. 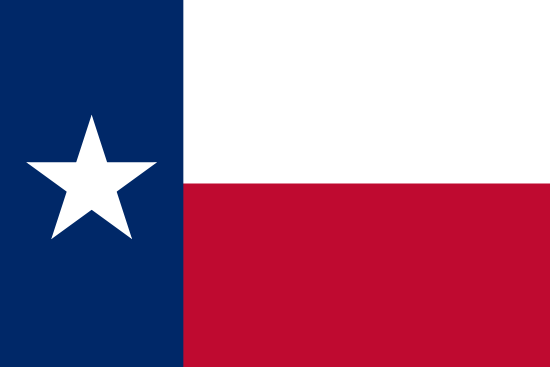 Because of the state of Texas' size, it isn't surprising that the area is home to 254 counties. When comparing data from the 2010 Census to estimates taken in 2015, the state showed a balance of population losses and gains across the state. Multiple states had population gains of over 20%. These counties include Andrews at 22.04%, Loving at 34.94%, Fort Bend at 21.25%, Kendall at 20.03%, and Hays at 23.04%. Other counties, including Kaufman, Harris, and Ector experienced population gains exceeding 10%, while other counties saw smaller but still significant gains.

Texas Educational Attainment by Sex (over 25)

The highest rate of high school graduation is among white people with a rate of 94.25%.

The highest rate of bachelors degrees is among asian people with a rate of 59.34%.

64.9% of Texas residents speak only English, while 35.1% speak other languages. The non-English language spoken by the largest group is Spanish, which is spoken by 28.78% of the population.

The race most likely to be in poverty in Texas is Hispanic, with 34.42% below the poverty level.

The race least likely to be in poverty in Texas is White, with 11.21% below the poverty level.

Texas Married by Age and Sex