According to the most recent ACS, the racial composition of Arkansaswas:

Arkansas ranks 12th among all states in terms of the size of its African American population. According to the 2010 US Census, the total population identifying as Black or Native American was rising close to half a million residents. This portion of the population primary resides in the southern and eastern regions of the state, while European Americans comprise the majority of the central region, as well as the northwestern Ozarks.

Arkansas has seen stready population growth among other races through the years, recording a 114% increase in the Hispanic and Latino population and a 251% increase in the population of Native Hawaiian and Pacific Islander residents between the census held in 2000 and one held in 2010. According to data from 2011, 39% of children under the age of 1 were classified as minorities.

The largest ancestry groups in the state include African American, Irish, German, English, anf French. There are many descendents from Europeans that settled in Arkansas before it became a state that reside in Arkansas. 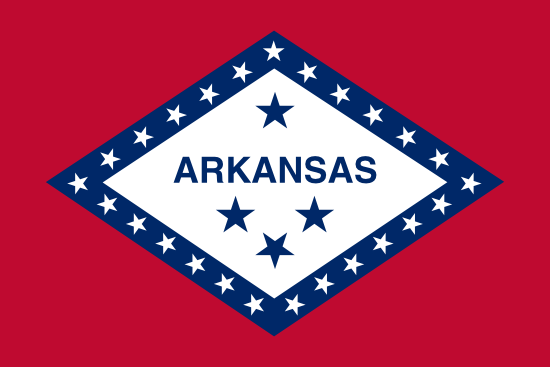 The highest rate of high school graduation is among white people with a rate of 89.75%.

The highest rate of bachelors degrees is among asian people with a rate of 49.38%.

92.44% of Arkansas residents speak only English, while 7.56% speak other languages. The non-English language spoken by the largest group is Spanish, which is spoken by 5.43% of the population.

The race most likely to be in poverty in Arkansas is Black, with 28.61% below the poverty level.

The race least likely to be in poverty in Arkansas is Asian, with 11.53% below the poverty level.