The last set of confirmed statistics for the North Dakota population can be supplied by the national census of 2010. The survey ultimately showed that there were 672,591 people residing in the state, and that reflected a modest rise of 4.7% on the numbers declared at the census of 2000.

In the far north of the United States and located along the border of Canada, North Dakota is a sizeable territory with some interesting population statistics. In terms of its size, North Dakota is the 19th largest state in the country, but it is extremely sparsely populated by comparison. The current growth rate is 1.99%, which ranks 2nd in the nation.

North Dakota has a surface area of 70,700 square miles (183,272 square kilometers), and for every square mile of land, there is an average of just 9.7 people. Overall the figures combine to make North Dakota only the 47th most densely populated state in the entire country.

Fargo remains the largest city in the state with a population of 118,523. The most populated county is Cass County at 177,787 residents within its borders.

The median age across the population residing in North Dakota is 35.2 years of age. The ratio of females to males is approximately 48/8% females to 51.2% males.

North Dakota was admitted as a State on November 2, 1889 with essentially its present boundaries. It was formed from Dakota Territory, organized in 1861 (for Dakota's earlier history, see the State note for South Dakota).

In 1850 census coverage of present-day North Dakota was limited to a few settlements in what was then Minnesota Territory. In 1860, some forts and settlements in the present State were enumerated in Nebraska Territory as well as in Dakota, which was not yet organized. No determination has been made to assign the 1860 Dakota total of 4,837 to what became the two separate States. Census coverage first included the whole State in 1890.

The 1870 and 1880 populations consist of the totals of those counties of Dakota Territory located wholly or primarily in what is now North Dakota, plus (in 1870) an estimated portion of the Territory's unorganized part. The 1890 total includes the population (4,206) of the entire Standing Rock Indian Reservation, much of which was in South Dakota.

According to the most recent ACS, the racial composition of North Dakota was:

The history of North Dakota’s population tells a very interesting story. In 1870, the population totaled a mere 2,405. An explosion in numbers followed, and just ten years later, the census of 1880 showed that an increase of over 1,000% had taken those figures to 36,909.

That sort of population spike just couldn’t be sustained, even in a state as vast and empty as North Dakota, but further healthy increases followed over the course of the next forty years, and in 1920, figures were confirmed at 646,872.

From 1923 onwards, net migration out of the state had an adverse effect on the North Dakota population. In a state that was almost exclusively rural, employment opportunities were limited, and it is widely acknowledged that younger people with university educations left in droves rather than take up the risky life of subsistence farming.

As a result, population figures fluctuated greatly in North Dakota in the latter half of the 20th century, and increases at one census were often met with falls ten years later. Despite this, natural growth within the country stayed healthy, and the last two census surveys have indicated overall increases in numbers.

As a result of these fluctuations, the population of North Dakota in 2016 is a little hard to predict, but based on a pattern of modest increase, it is estimated to have reached over 750,000.

However, the census of 2020 is needed to confirm whether that growth will be sustained or whether a further drop in numbers has been recorded. It's important to keep in mind that North Dakota is currently enjoying one of the highest growth rates in the United States, second only to the District of Columbia. Estimates show that North Dakota's population will finally break 800,000 by 2020, hitting the 1 million mark by 2040.

North Dakota is one of the largest resettlement regions for refugees, taking in over 68 refugees per 100,000 residents. The population of North Dakota has a much smaller percentage of minorities than the United States as a whole, excluding Native Americans. The state's percentage of African American residents is ranked 46 out of 50 states. Its population of Asian Americans is also ranked as one of the ten lowest in the nation. 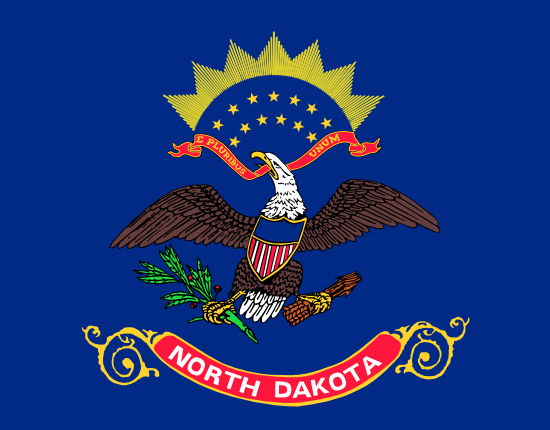 Data taken from the 2010 Census and US Census Bureau estimates from 2015 shows some very interesting population growth patterns in the state of North Dakota. When comparing this data, it shows that all but two of the counties along the western border of the state had increases in population during the 5-year period. Further, this pattern of growth extended across the western region, heading toward the center of the state. Many counties saw significant growth during this time period, lead by McKenzie County which recorded an astounding 100.44% rate of growth. Trailing behind is Williams County, with a smaller but still impressive 56.26% growth rate. Dunn County, Stark County, and Mountrail posted over 30% of growth during this time, while there were other counties that had growth rates ranging from less than 1% to over 20%.

A few counties in the state, found along the eastern border and in the south, had declines in population. The largest loss was recorded in Nelson at 4.87%, while Griggs, Dickey, Cavalier, and Logan were among the others that had populations that were lower in 2015 than those recorded at the time of the 2010 Census.

The highest rate of high school graduation is among 2+ races people with a rate of 94.16%.

The highest rate of bachelors degrees is among asian people with a rate of 52.62%.

94% of North Dakota residents speak only English, while 6% speak other languages. The non-English language spoken by the largest group is Other Indo-European, which is spoken by 2.04% of the population.

The race most likely to be in poverty in North Dakota is Islander, with 100% below the poverty level.

The race least likely to be in poverty in North Dakota is White, with 11.46% below the poverty level.