The flag of Connecticut features three bunches of purple grades. These three bunches of grapes are designed to represent the three oldest settlements in the state: Windsor, Harford and Wethersfield. The flag also features the Latin words, “Qui Transtulit Sustinet,” which is the state motto of “He who transplanted still sustains.”

The background of Connecticut’s flag is azure blue. A white baroque shield is located in the center and has three green and purple grapevines. There is a white banner trimmed in gold placed below the shield, with the state’s motto in Latin written in black text.

The design of Connecticut’s state flag was inspired by the seal of the Saybook Colony during the 1600s. This original seal, however, featured 15 grapevines. The seal was changed in 1711 to reduce the number of grapevines from three the 15. The wording and the position of the state motto was also altered. The state flag utilizing this seal was first proposed by Governor Owen Vincent Coffin in 1895. The flag was approved by the Connecticut General Assembly in 1897. The flag has remained unchanged ever since.

The design of Connecticut’s state flag was ranked 50th out of 72 state and provincial flags in the U.S. and Canada. 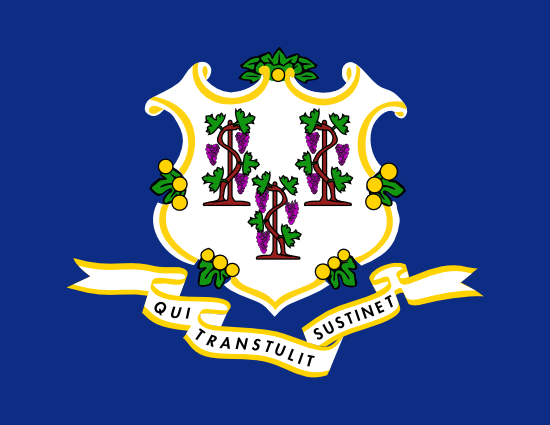 Blue background with a white shield outlined in yellow and three grapevines inside, with a banner underneath that reads "Qui Transtulit Sustinet 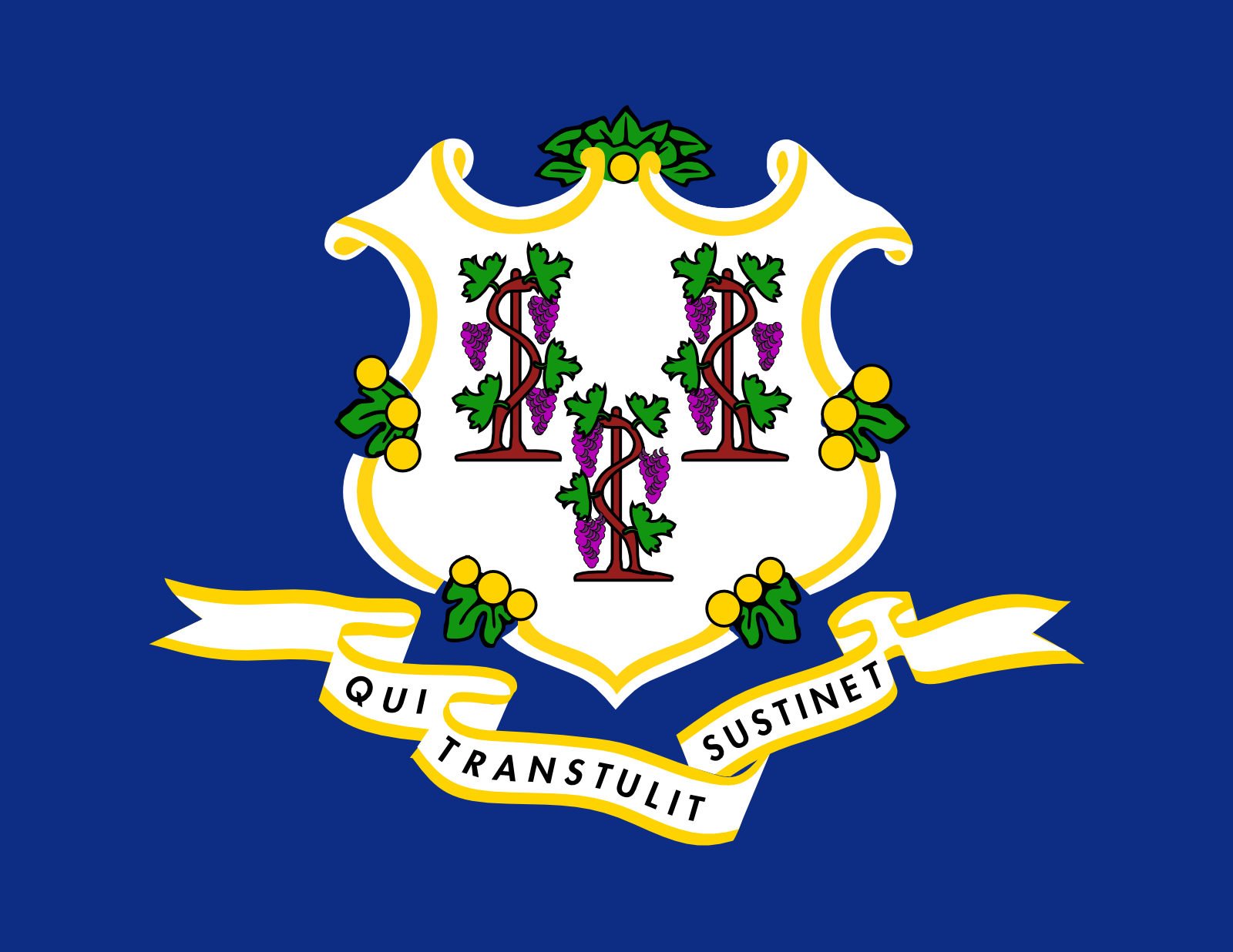