The flag of Illinois features the state’s official seal—the Great Seal of Illinois. The state’s seal was based upon the design of the seal of the United States. It features an eagle with a banner that has the state’s motto: State Sovereignty, National Union. It also features the date of 1818, which is when Illinois became a state. The date of 1868 is also on the seal, which designates the year of the redesign of the Great Seal. The word “Illinois” is printed below the seal, and this makes up the entirety of the Illinois state flag.

The Illinois state flag features the Great Seal of Illinois, which has multiple colors including brown, red, blue, green, yellow and blue. This seal is on a white background. Below the seal, the state’s name is printed in blue letters.

It was in 1912 when Ella Park Lawrence – state regent of the Daughters of the American Revolution – pushed for the state of Illinois to create a state flag. She continued to lobby for a flag after she was no longer a state regent. In 1914, Lawrence sent out a letter to the state chapters of the Daughters of the American Revolution that stated that a contest would be held to design a state flag. The prize for the winner was $25, and 35 total designs were submitted.

The contest winner was Lucy Derwent, whose design went on to become the official state banner in 1915. During the 1960s, the design was altered to include the name of the state. This was signed into law in 1969 and the new design went into use in 1970.

A centennial flag for the state’s first 100 years of statehood was designed in 2018. This flag features 20 stars representing the northern and southern states that were already designated at the time of Illinois’’ statehood. A larger white star is also on the flag and represents the state of Illinois. 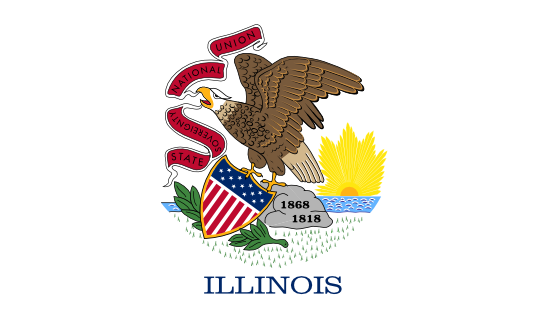 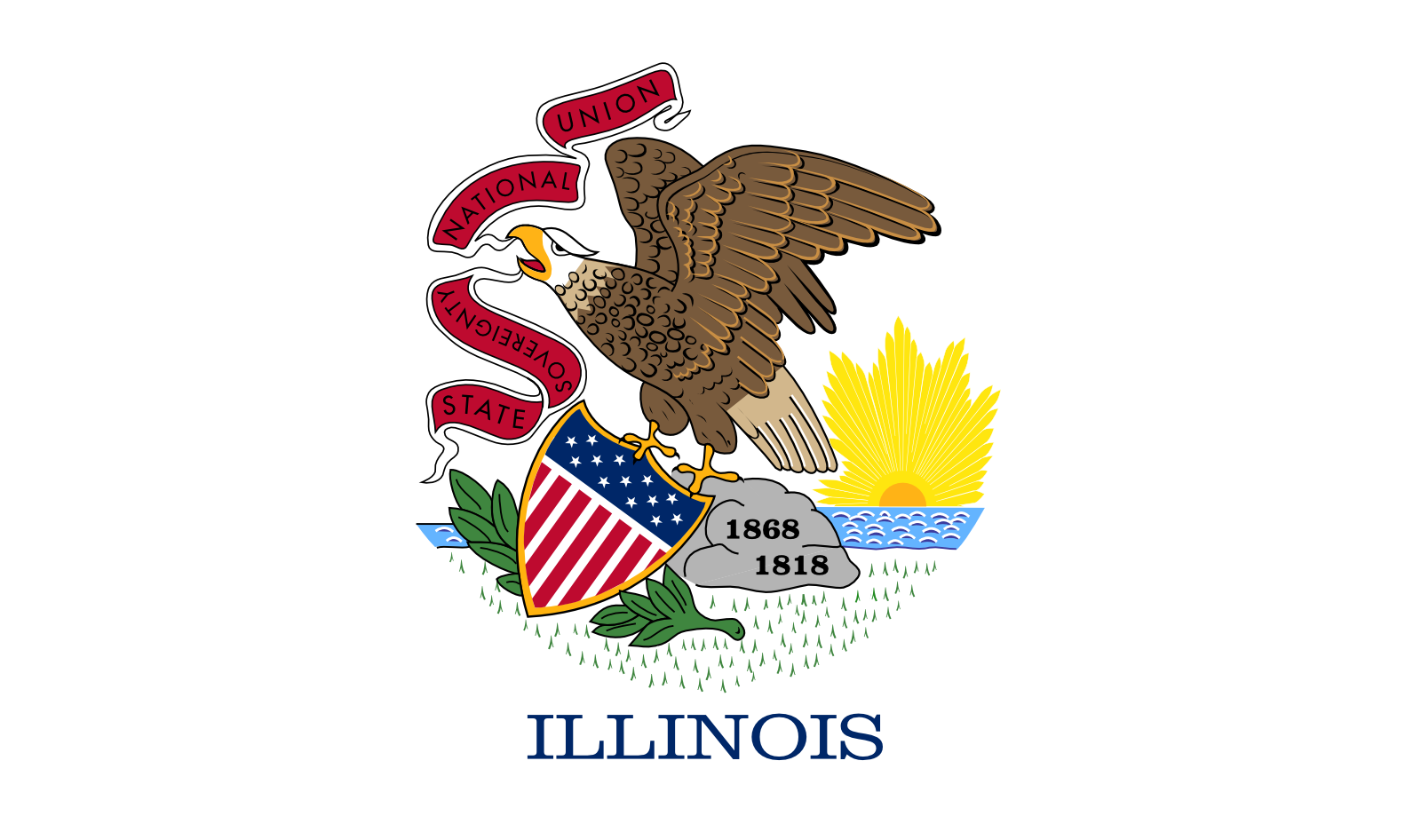