The primary feature of Louisiana’s state flag is an image of a pelican nurturing its young by tearing at its own breast and feeding three young pelicans in the nest with its own blood. The pelican has been used as a symbol throughout the state dating back to colonial times. The pelican can also be found in the state seal. This flag is based upon a legend of religious self-sacrifice and charity. The state’s motto, “Union Justice Confidence,” is also printed on the flag.

The main color used in the flag of Louisiana is azure – a shade of blue – that makes up the background. The banner with the state motto is white with blue letters, while there are multiple colors used to make up the pelican and its young, including white, gray, brown and red.

Louisiana did not have an official state flag until 1861. Prior to this time, unofficial flags were used. When the state seceded from the United States, an unofficial flag was created. This design was based on France’s flag but also featured seven stars within the blue stripe. It was the next month when an official flag was adopted. This flag featured one yellow star and thirteen red, white and blue stripes. This flag was used throughout the Civil War. The first flag featuring a pelican was used unofficially in 1861. A new design was created and was used from 1912 to 2006. The flag was again redesigned in 2006 and was used through 2010. This was the design that first featured three drops of blood. This interim flag was replaced in 2010 with the unveiling of a new design on November 22, 2010. 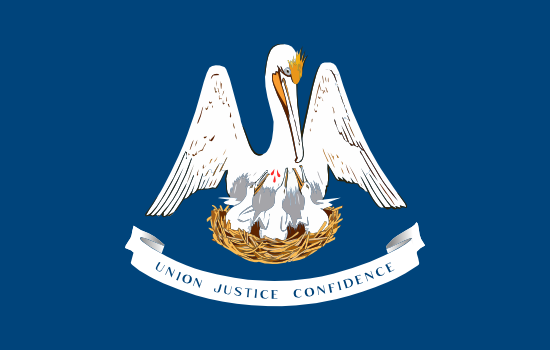 Blue background with a white pelican feeding its babies, with the words "Union, Justice, and Confidence" underneath on a white banner 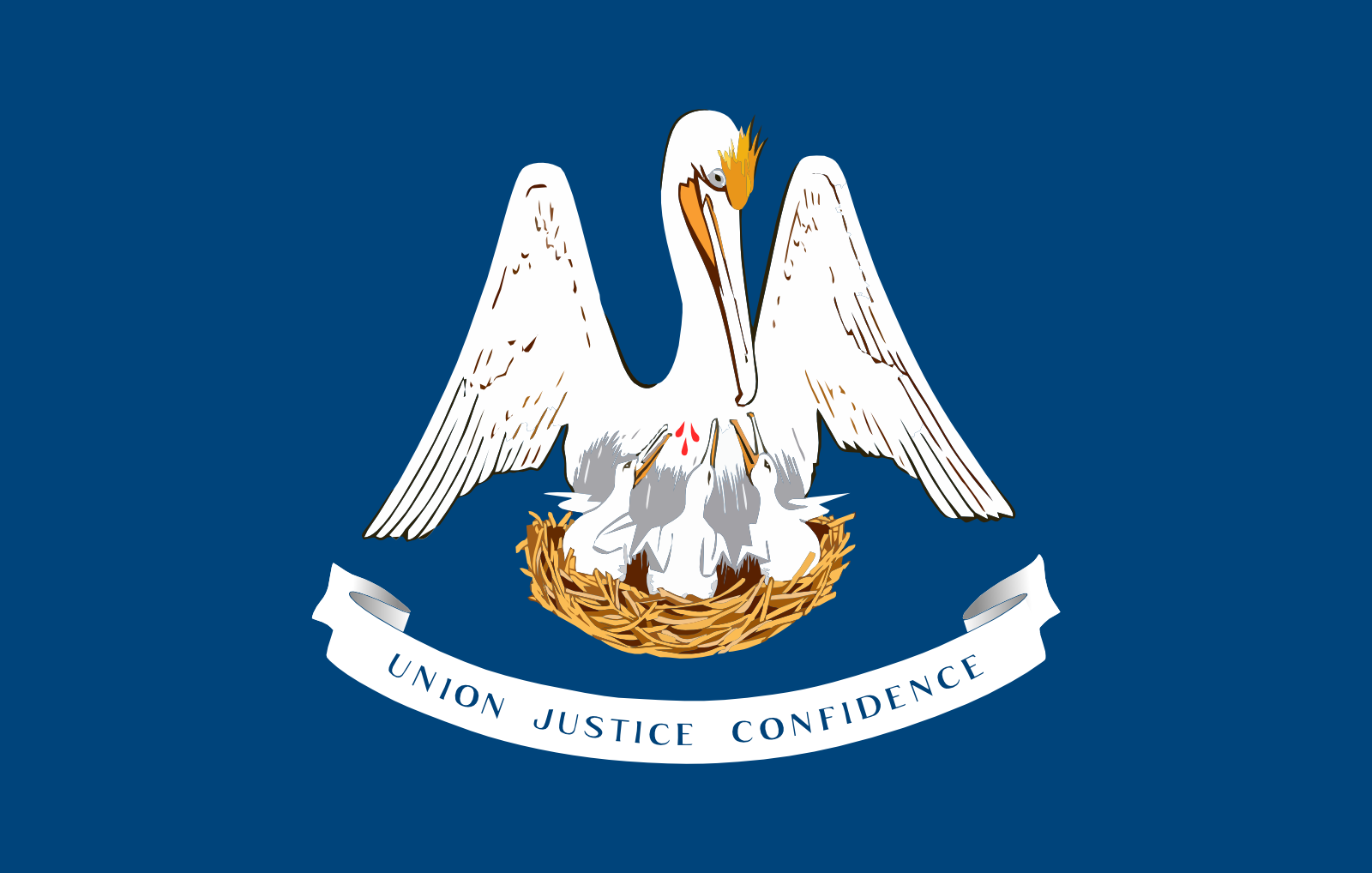