The state flag of Nevada features a variant of the state’s emblem located in the canton. Broken down, the emblem contains a silver star, which symbolizes the nickname “The Silver State.” The flag also features the motto, “Battle Born,” which references Nevada’s statehood during the Civil War. The state’s name is also printed on the emblem, which sagebrush is located at the bottom, which is the state’s flower.

The main color of the flag is cobalt blue, which makes up the field. Other colors used in the flag include yellow-gold which is used in the banner and the flag, green for the sagebrush, and a silver star. The color yellow-gold is also used to form the word “Nevada.”

Nevada’s first state flag was created in 1905. This blue flag featured the words, “Nevada,” “Silver” and “Gold,” paying tribute to the state’s natural resources. This flag was in use until 1915. In 1915, the flag’s design was modified to include a state emblem, gold and yellow stars, and the motto, “All For Our Country.”

The current design came about because of a design contest held in 1926. The design was created by Louis Shellback III, and what followed was a disagreement between the state legislature over the placement of the state’s name on the flag. It was in 1929 when the governor signed into law the state flag. However, an inaccuracy was discovered in 1989 that led to some changes of the design. The new design was officially adopted and put into use on July 25, 1991.

A new flag design was proposed in 1953. However, this design was vetoed and the flag that was adopted in 1929 remained in use until 1991. 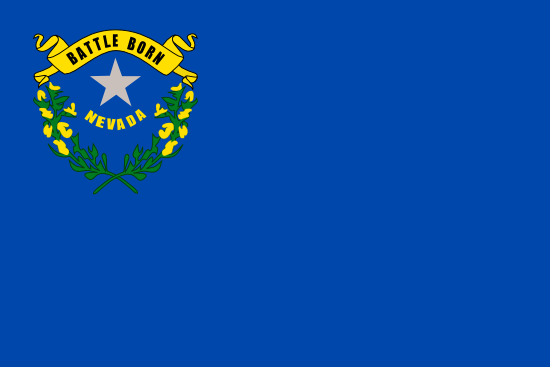 Blue background with the state emblem in the top left corner 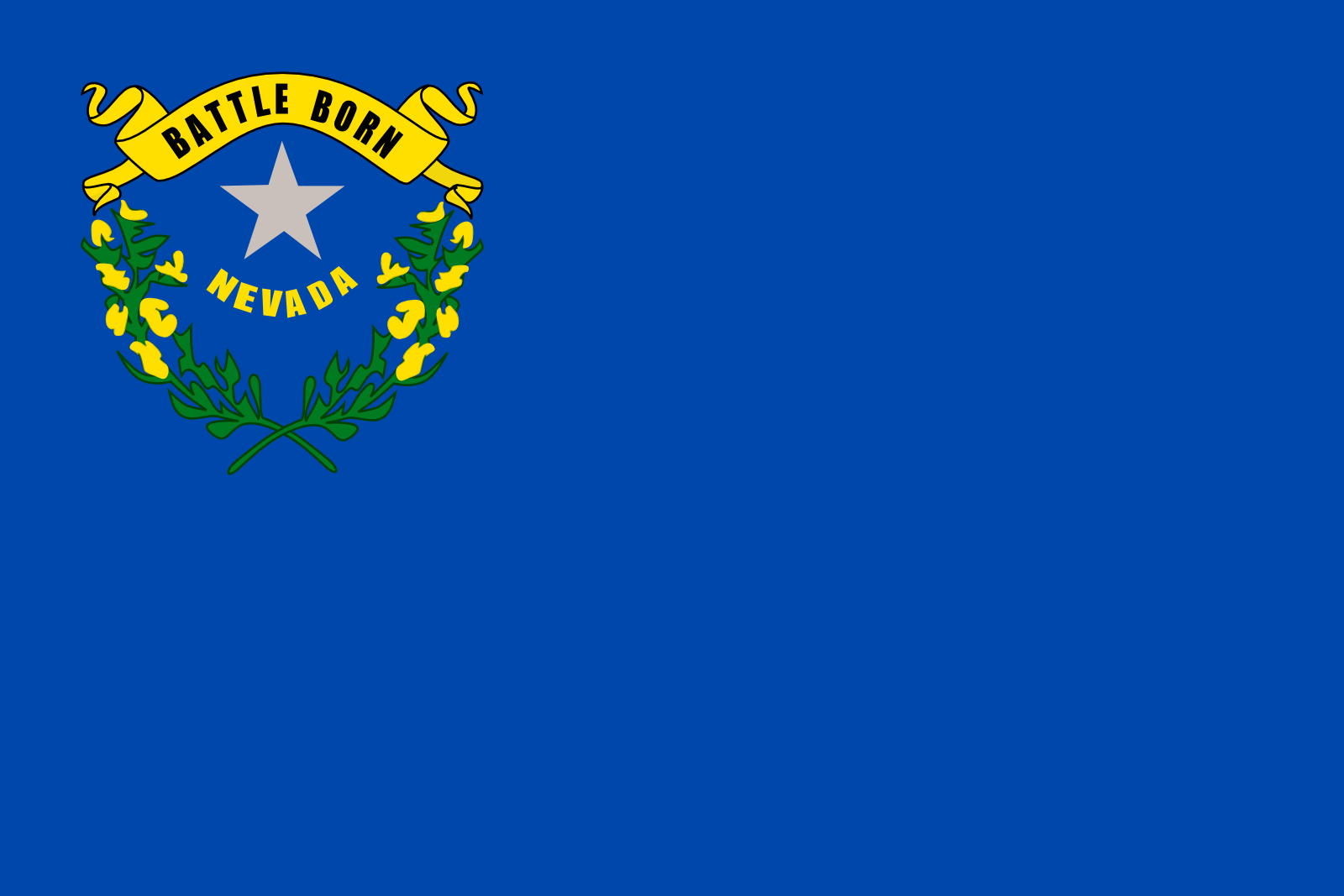