On North Carolina’s state flag, the letters “N” and “C” were added to represent North Carolina. The star is also a symbol of the state. There are two dates also found on the flag. The first date is May 20, 1775. This date is based on the rumored date of the Mecklenburg Declaration of Independence, although this data has not been officially verified. The second date is April 12, 1776. This date occurred during the Halifax Resolves and was when North Carolina called for its independence from Great Britain.

On the hoist side of the flag, there is a vertical blue bar. Inside of this bar are two golden scrolls with blue letters and numbers. The letters “N” and C” are centered between the two scrolls and are also gold in color. A white five-pointed star separates the two letters. On the opposite side are two horizontal stripes. The top stripe is red, and the bottom is white.

After the state of North Carolina seceded from the United States on May 20, 1861, a new state flag was adopted. This flag was similar to the design that is used today with a few changes. The hoist side of the flag from 1861 was red. Today, it is blue. The letters “N” and “C” did not appear on this original flag. Instead, there was a large white five-pointed star. Two dates were included on this flag. This included the date of May 20, 1775, the rumored date of the signing of the Mecklenburg. The second date, however, was different than that on the current flag. The second date on this original flag was May 20, 1861, which was the day that the state seceded from the Union. The red and white horizontal stripes on this flag were also blue and white.

A new flag was adopted in 1885 and was used until 1991. In 1991, the design was modified slightly. This flag has flown over the state unchanged since that time.

The state has an official salute to the flag. 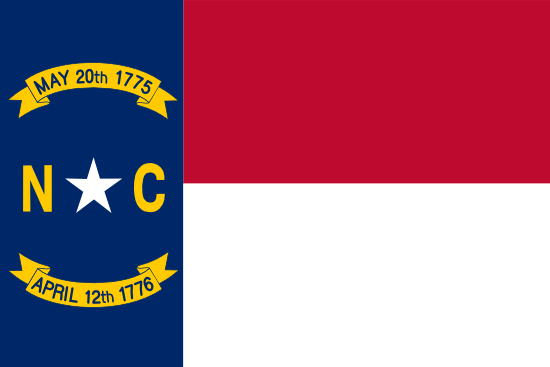 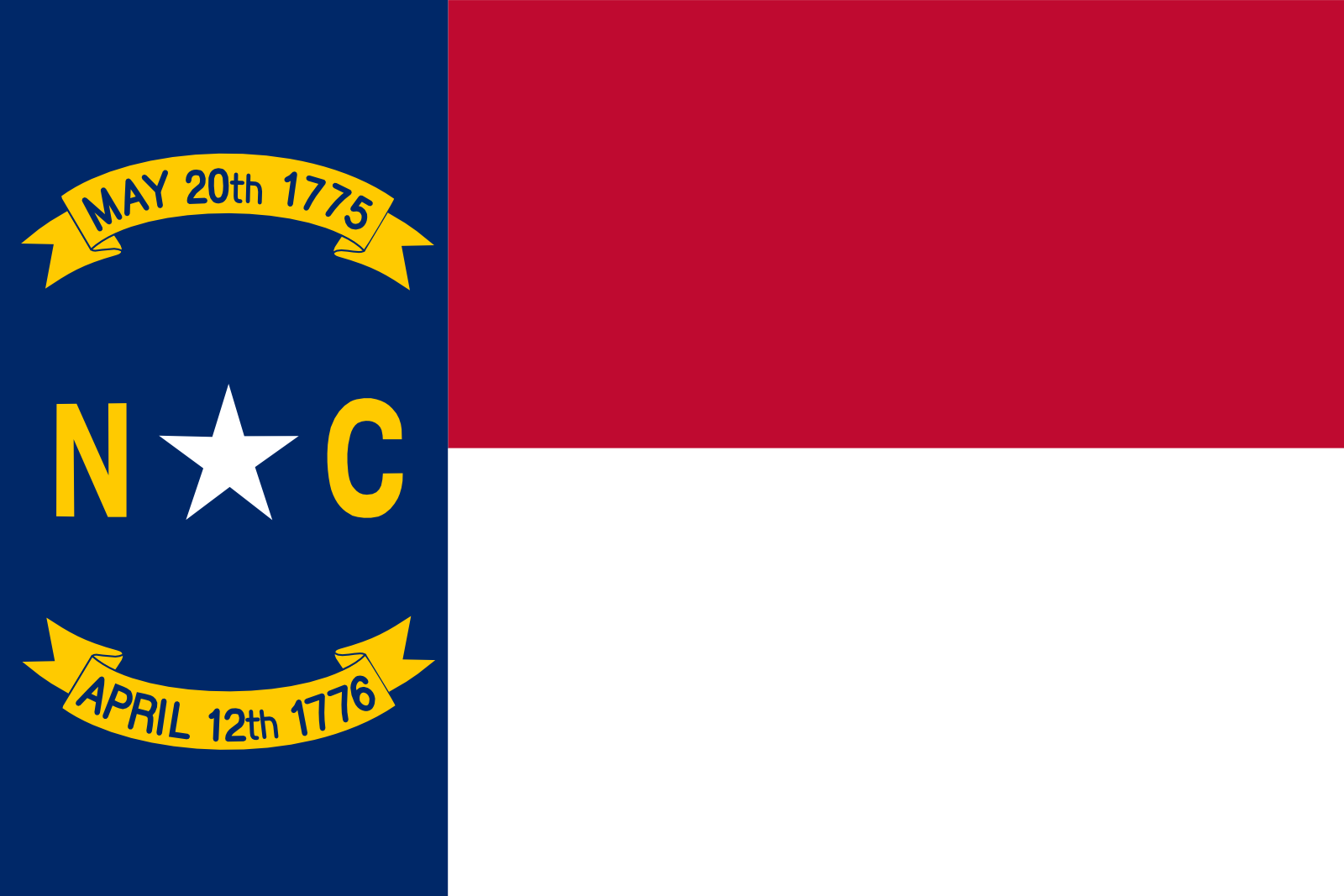