What does the state flag of Georgia look like? The Georgia flag has three wide bands of red-white-red with a blue box in the top left. Inside the blue box is the Georgia state coat of arms. Georgia's state flag was officially adopted on May 8, 2003 as the civil and state flag.

The state flag of Georgia features a design that represents the laws and values of the state. The flag features the national colors of the United States. In the canton is the state’s coat of arms. The coat of arms features an arch that represents the state’s constitution. The pillars in the image are symbolic of the three branches of government. The emblem also features the state motto, “Wisdom, Justice and Moderation.” A figure dressed in colonial garb is also on the emblem and a sword is drawn to represent the state’s defense of its constitution. The text “In God We Trust” is also included and its position represents the foundation of the state. There are also thirteen stars, which is a nod to the state’s history as one of the original colonies of the United States.

The background of Georgia’s flag is made of three stripes: two red with one white stripe in the center. In the canton is the state’s coat of arms. This features a blue background with the gold coat of arms and thirteen white five-pointed stars.

Prior to 1879, the state did not have an official flag. However, it did have an unofficial flag that featured the state’s coat of arms on a blue field. In 1879 a flag was introduced by Senator Herman H. Perry in remembrance of the Confederate soldiers. This flag featured a vertical blue stripe on the hoist side, with three horizontal red and white stripes similar to the design of today. In 1902, a new design was introduced, adding in the coat of arms. The flag design was modified slightly through the 1950s. Then, in 1956, the flag was redesigned to feature the Confederate battle flag. This flag was used through 2001.

In 2001, a new flag was introduced, which featured small versions of many of the state’s previous flags. In 2002, Sonny Perdue was elected as governor of the state and he called for the design of a new flag in 2003. The new flag incorporated elements of past flags and was inspired by the Confederate First National flag. The flag was officially adopted on May 8, 2003 and has remained unchanged since.

Because the flag was based on the first flag of the Confederacy, known as Stars and Bars, the flag of Georgia has earned the nickname Georgia Stars and Bars. 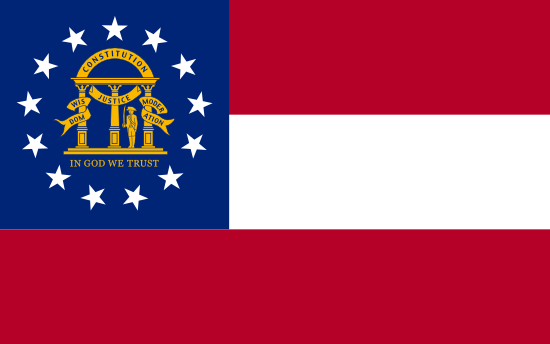 Three horizontal stripes, with red on top and bottom and white in the center, with a blue rectangle in the top left corner with 13 white stars in a circle and a gold canton in the middle of the stars 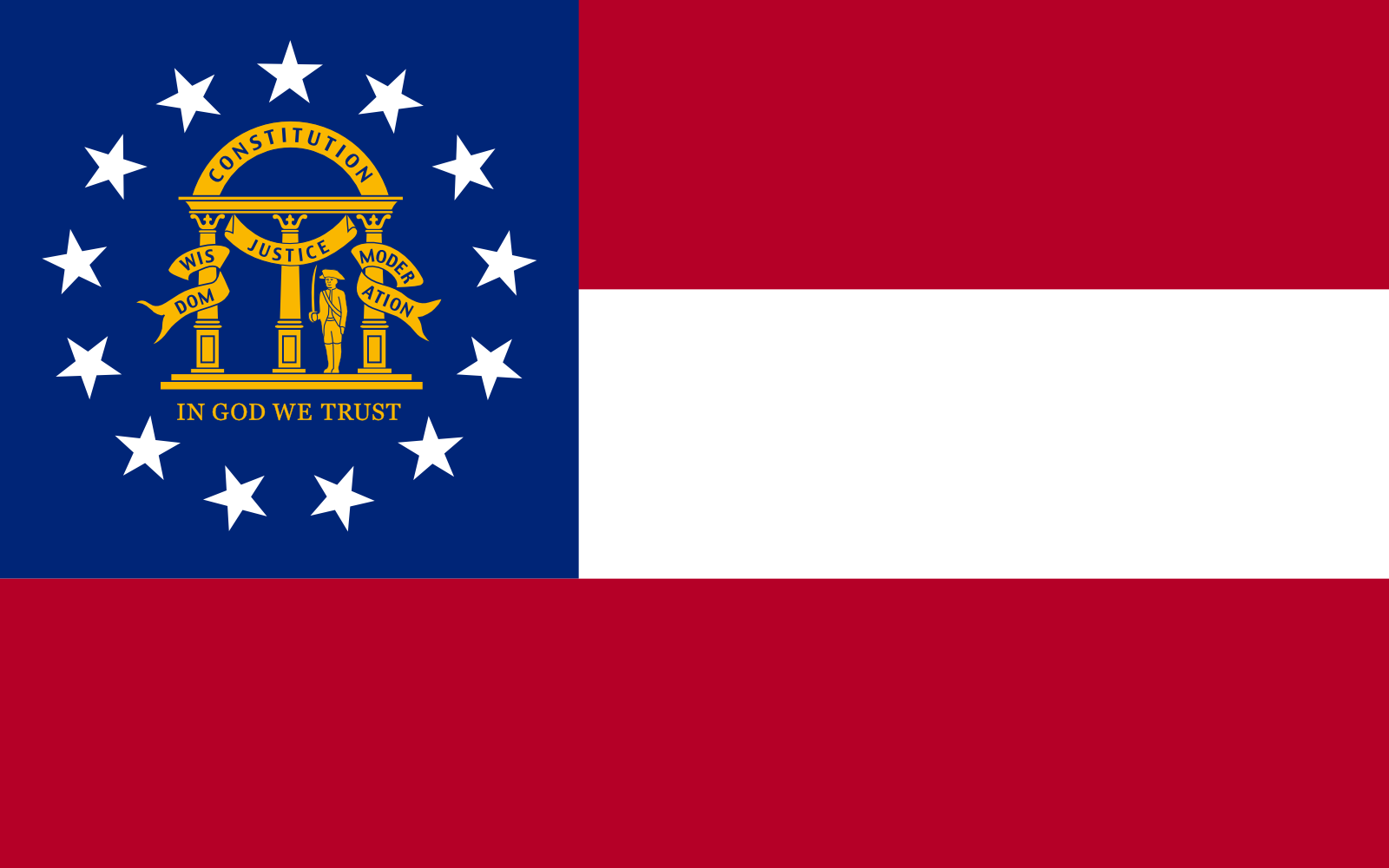