The state flag of Hawaii features eight horizontal stripes. These stripes are designed to represent the eight main islands of the state—Hawaii, Maui, Oahu, Kauai, Molokai, Lanai, Niihau and Kahoolawe. The flag also features the traditional Union Jack, which was left on the flag to represent the state’s ties with the British.

Three colors are used in the design of the Hawaiian flag: red, white and blue. Eight alternating stripes of white, red and blue make up the background of the flag. In the canton, there is the traditional red, white, and blue Union Jack design.

It is believed that the origin of the Hawaiian flag began years ago when King Kamehameha I flew a British flag as a symbol of his friendship with King George III. This flag was considered to be the national flag for many years. It was during the War of 1812 that some conflict arose as a result of the flag. This resulted in a hybrid version of the flag of the United States and the flag of the United Kingdom.

In 1816, Kamehameha designed a flag to avoid conflict, and this early version has evolved into the design that is used today. The original flag featured either seven or nine stripes before it was changed to eight stripes in 1845. The order of colors throughout the earliest years were also altered. The version that is in use today was officially adopted on December 29, 1845.

The state flag of Hawaii is the only state flag in the nation to feature the flag of another country. 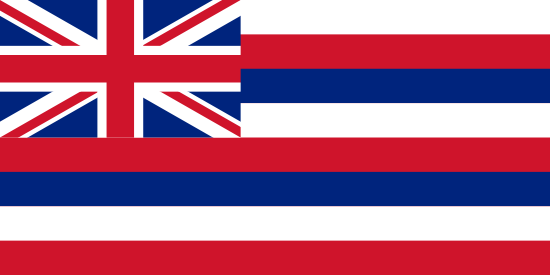 Eight stripes of red, white and blue, and a the flag of Great Britain in the top left corner 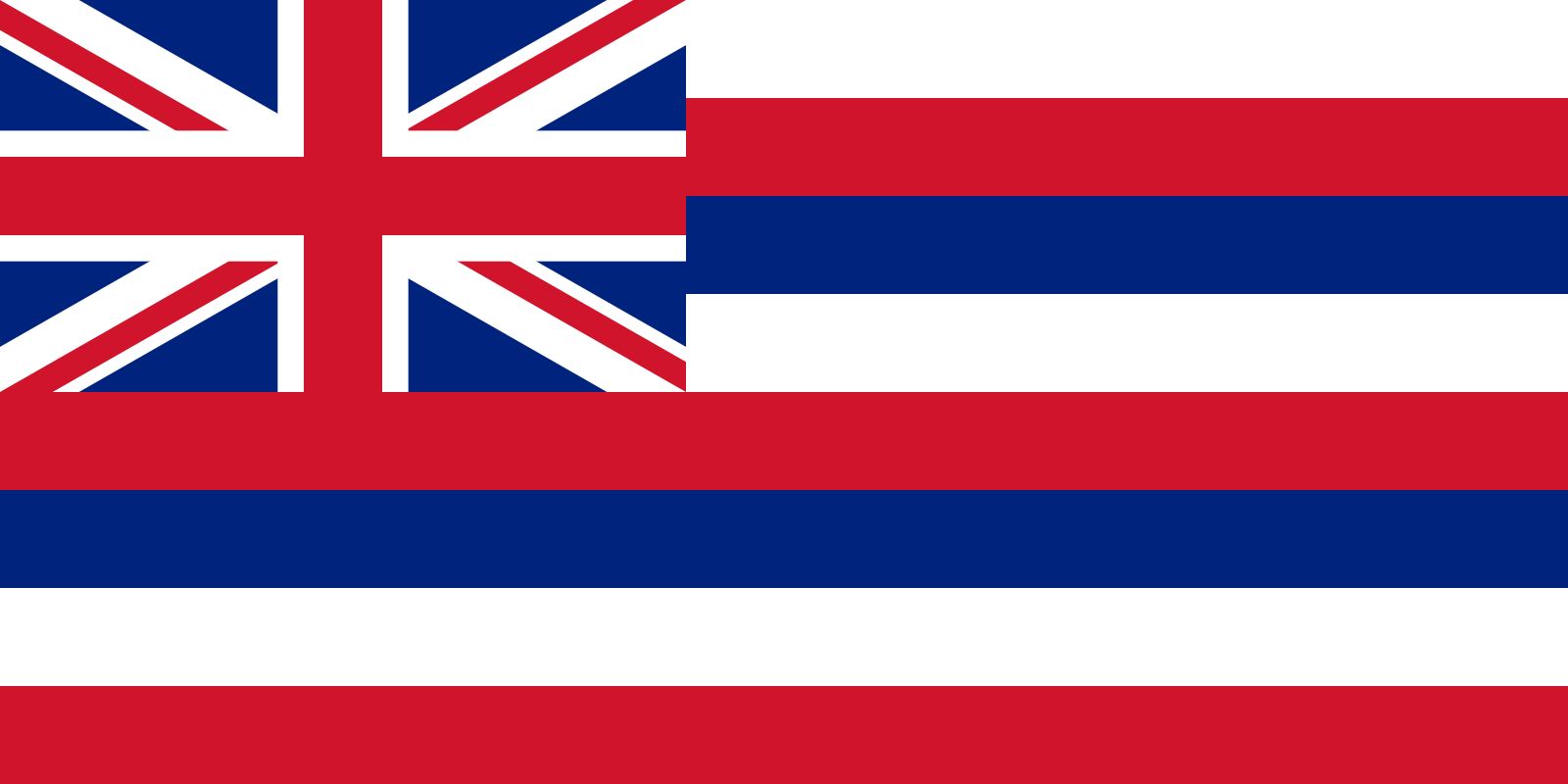