One of the most prominent features of the flag of Kansas is the state seal that is located in the center of the design. This flag has multiple symbols of pioneer life. This includes a river and steamboat that symbolizes commerce, the rising sun that represents the east, and a cabin with a man plowing a field that is symbolic of agriculture. The design also features Indians hunting bison, 34 stars that represent that Kansas was the 34th state admitted to the Union, and the state motto in Latin, which translates to mean, “To the stars through difficulties.” Above the seal is a sunflower and below is the state’s name.

The main color of the flag is azure – a shade of blue that makes up the background. The state seal is very colorful, featuring shades including blue, orange, brown, green and white. The seal is bordered in white. The sunflower on the design is yellow, gold and white. The lettering of Kansas is spelled out in gold.

Hazel Avery was the designer of the Kansas state flag. This flag was first designed in 1925 and was used in a parade in the city of Lincoln. The flag design was officially adopted by the state in 1927. Between 1925 and 1927, a state banner was used by the state. This banner featured a sunflower, the name “Kansas” and was placed on a blue field. This banner was rejected and many complained about the flag’s design, which was meant to be hung vertically.

The current design was first adopted on September 24, 1961. It mimicked the original design created in 1925 with one exception – the addition of “Kansas” at the bottom of the flag in gold letters.

The first state flag was originally flown at Fort Riley for the troops there and the Kansas National Guard in 1927. 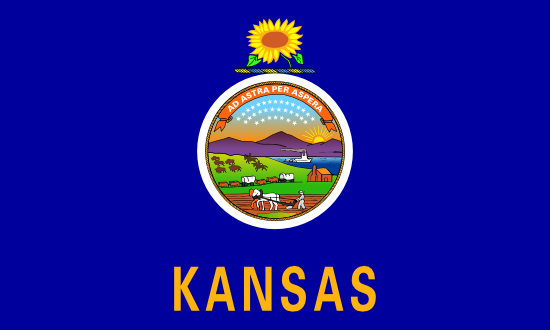 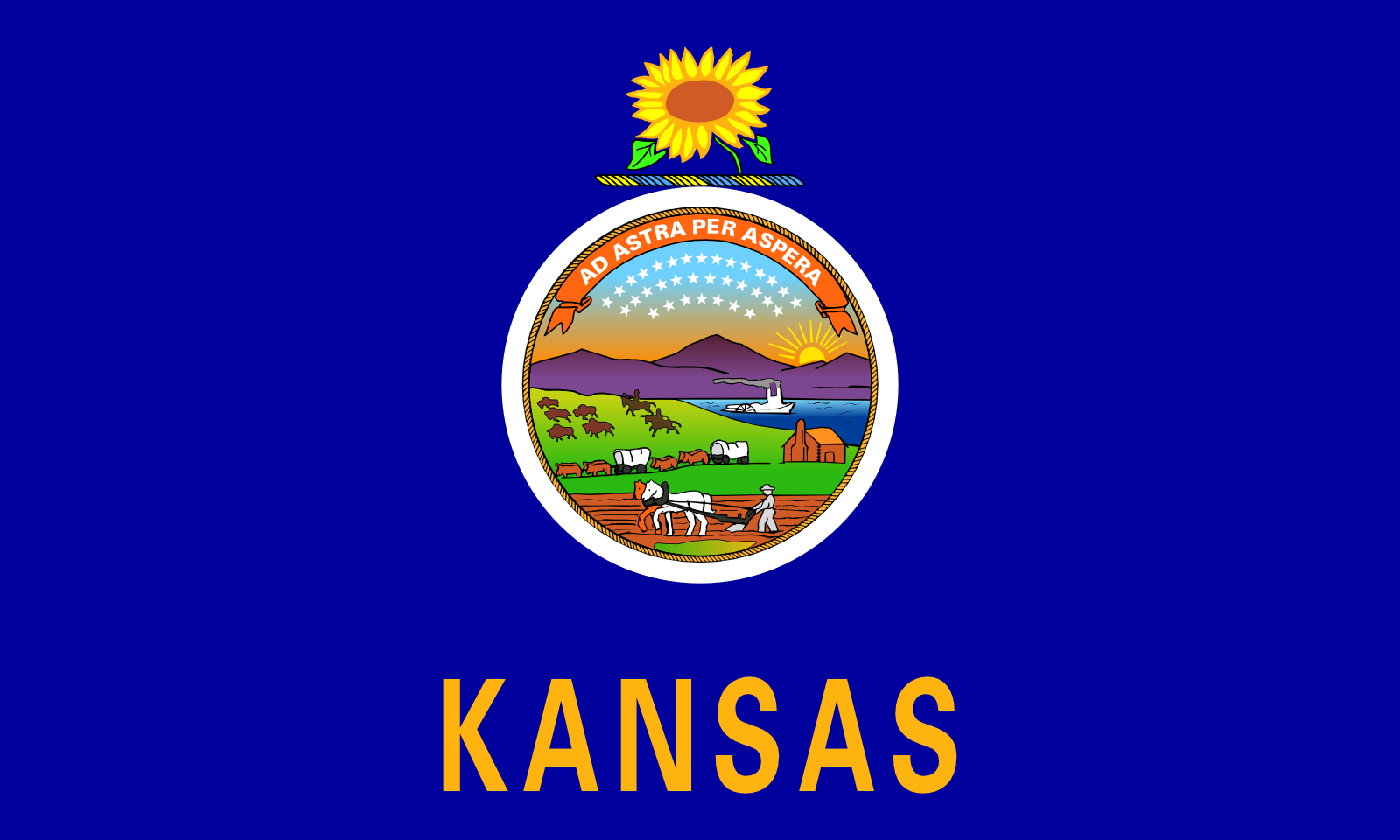