The colors and design of Mississippi's state flag are used to represent the state's heritage and history. The new flag, created in 2020, is called The New Magnolia or the "In God We Trust" flag.

There are four colors featured on the Mississippi flag: red, white, yellow, and blue.

According to the Commission to Redesign the Mississippi State Flag, the new flag is "anchored" by a Magnolia blossom in the center. The Magnolia has been used to represent Mississippi and is a symbol of its residents' hospitality. It also represents rebirth and the state's forward progression.

The circle of 20 stars represents Mississippi as the 20th U.S. state, anchored by a gold star representing the Native Americans that initially occupied the area. The gold lines and stamen of the Magnolia honor the rich cultural history of Mississippi.

The blue in the main field echoes that of the American flag, symbolizing justice and vigilance, while the red lines symbolize valor and hardiness.

Before 1861, the state did not have its own flag. However, when it seceded from the Union in January of 1861, a Bonnie Blue Flag temporarily used it. This flag featured a white five-pointed star on a blue field.

An official flag was adopted the same year. This flag was known as the Magnolia Flag. It featured the Bonnie Blue Flag design in the canton, with a Magnolia tree in the center and a red border on the flag's right side. This state flag was the official state flag until 1865, although it remained in use through 1894.

The current state flag was adopted on April 23, 1894. It was repealed in 1906, but it remained in use. A new design was proposed in 2001, but the referendum was rejected. It was after this that the flag was officially readopted on April 17, 2001.

In June 2020, lawmakers came together to draft legislation to change the state flag. The legislature passed a bill to change the flag, and the Commission to Redesign the Mississippi State Flag was established. The Commission received thousands of submissions for the new flag and narrowed their choice to one. On November 3, 2020, the new flag appeared on the Mississippi ballot and was overwhelmingly approved by Mississippi voters.

The state of Mississippi has a pledge to its state flag. State statutes make it mandatory for public schools to teach this pledge, in addition to the pledge of allegiance to the U.S. flag.

Mississippi's flag was the only flag in the United States to feature the Confederate saltire until 2020 when it was voted to be replaced by the New Magnolia. 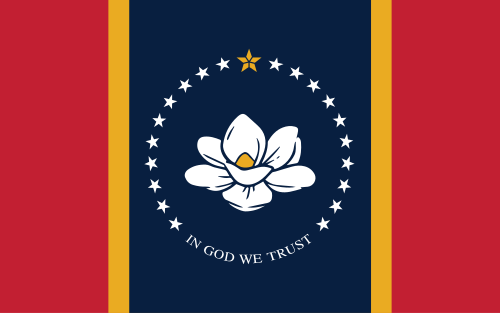 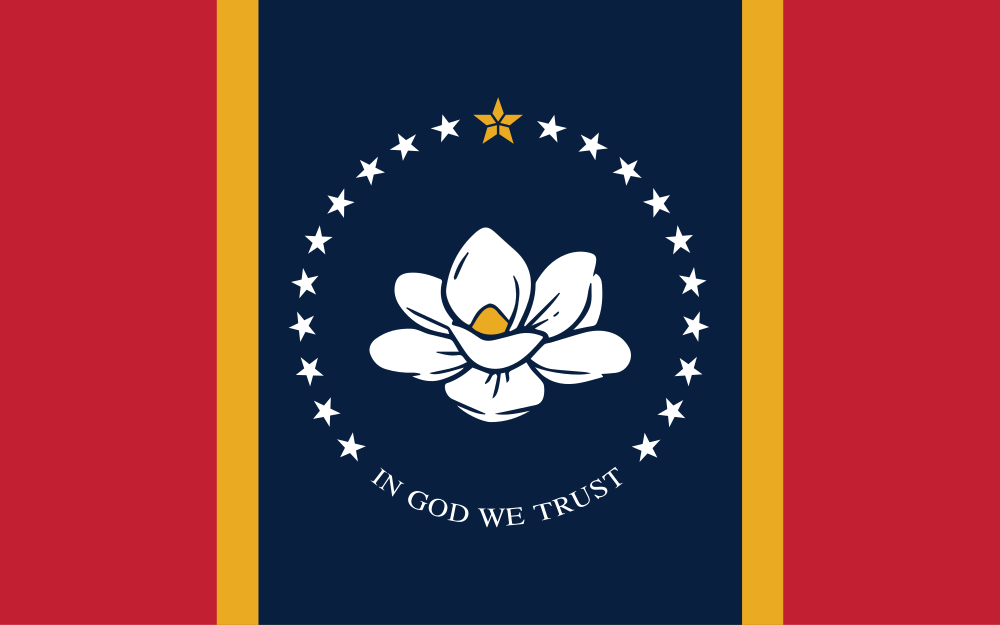