The background of the state flag of New Jersey is buff-colored. The coat of arms centered on the flag features multiple colors, including brown, red and various shades of blue.

In 1779, George Washington directed that the coats of the regiments in New Jersey were to be made in the colors of dark blue and buff. It was the following year when Continental Ware Officers determined that regiments should carry two flags: the first being the flag of the United States and the other to be the flag of the state. It was then that the flag of New Jersey was designed using the state’s coat of arms on the same buff background color as used on the coats of the regiments.

A law passed in 1965 specifies the exact shade of buff and “Jersey blue” that are to be used in the state flag and in the coat of arms. 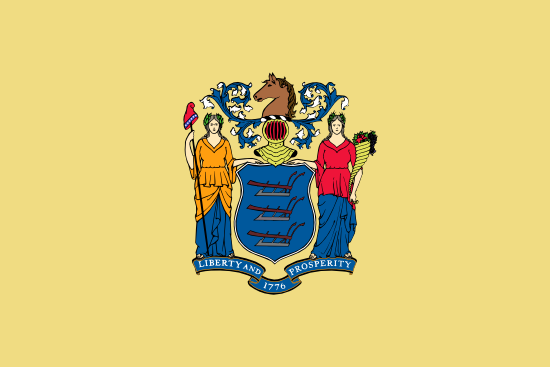 Yellow background with the state coat of arms in the center 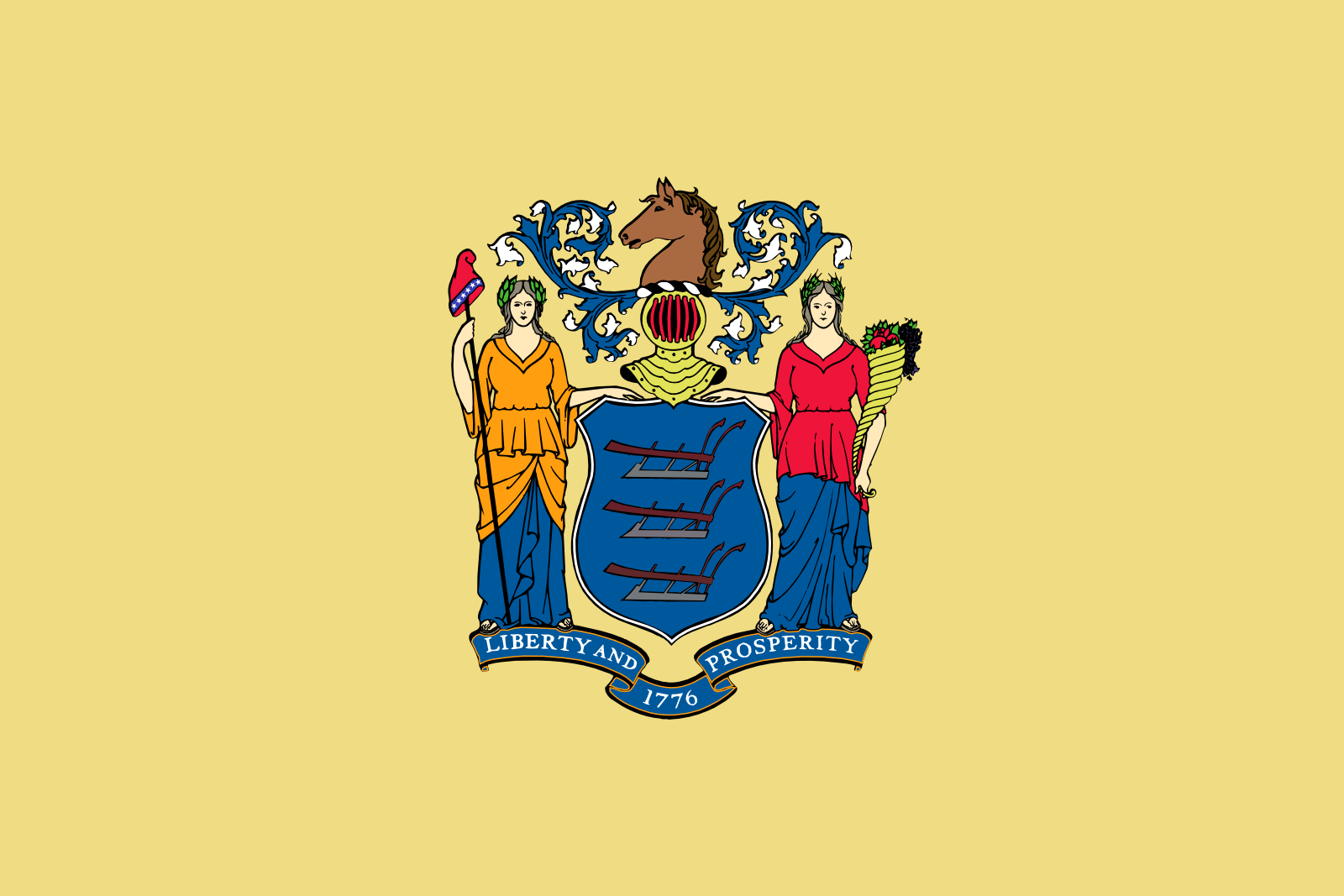