The prominent feature of New York’s state flag is the state’s coat of arms, which has significant symbolism in its design. The coat of arms features a ship on the Hudson River as a symbol of the state’s inland and foreign commerce. The shore and the mountain range and sunrise depict the beauty of the Hudson River. This scene is featured on a shield which is help up by Livery and Justice. The figure representing Liberty is stepping on a crown that symbolizes the state’s freedom from the British monarchy. A banner is located at the bottom of the coat of arms that reads “Excelsior.” This Latin word is traditionally translated to mean “Ever Upward.” At the top of the crest is an eagle atop a glove, which is symbolic of bringing together the old and new worlds.

The main color of the flag is blue, which is used as the field. The state coat of arms features many different colors, including different shades of blue, green, yellow, red and white.

The coat of arms of New York was first used on the stateutionary War flag. In fact, the original flag still exists and is on display at the Albany Institute of History & Art. The coat of arms was first adopted back in 1778. Prior flags of the state featured this coat of arms on a plain background that was buff colored. However, legislation changed the color from buff to blue in 1901. The flag as it is designed today was originally adopted on April 2, 1901 and has remained unchanged every since.

The flag of the governor of New York is nearly identical to the state flag with the addition of a five-pointed white star in each corner.

New York’s coat of arms is also featured on the state seal. 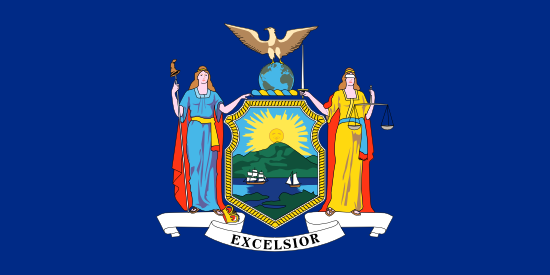 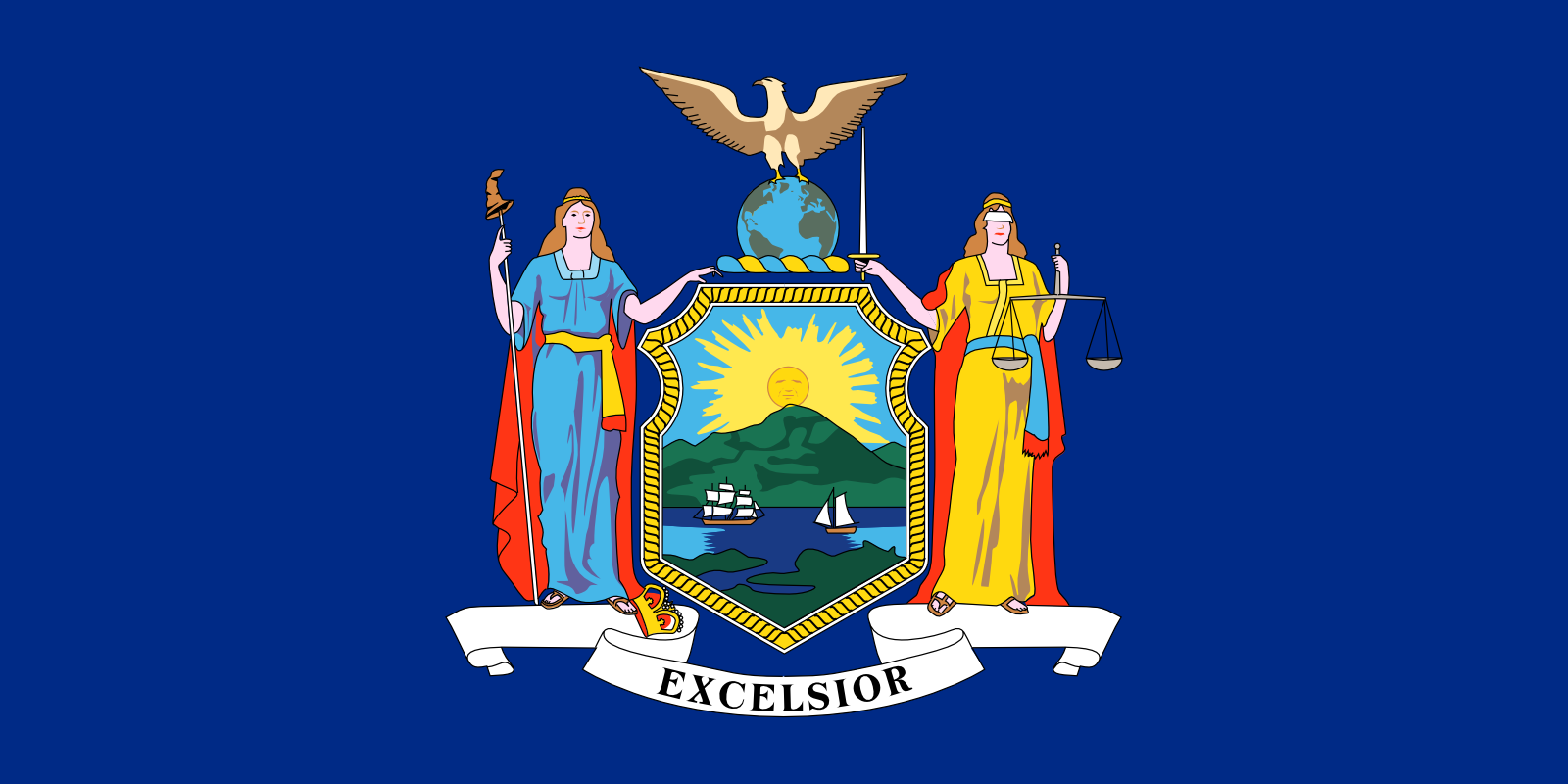