What does the flag of Ohio look like? The Ohio flag is a swallowtail shaped flag with five alternating red and white horizontal stripes and a blue triangle on the left side. Inside the blue triangle is a red circle surrounded by a white O shape. Around these shapes are 17 small white stars scattered in the blue triangle. Ohio's flag was officially adopted on May 9, 1902 as the civil and state flag.

The state of Ohio has one of the most unique flags in the United States. One of the most noticeable features is the “swallowtail” design. The stripes on the flag represent the waterways and roads found within the state. There are seventeen five-pointed stars on the flag. Thirteen of these stars represent the 13 original colonies. Four more were added to symbolize the state’s history as becoming the 17th state admitted to the Union. There is also an “O” incorporated in the design, which is suggestive of the nickname “the buckeye state.”

There are three colors found on the state flag of Ohio: red, white and blue. There are five horizontal stripes that alternate between red and white. On the hoist side is a blue chevron. Within this chevron are 17 white stars and a white and red “O.”

After being admitted as a state, Ohio did not have an official state flag for almost one century. The state military used a flag based on the national flag with the inclusion of an eagle in the design. By the mid-19th century, the state wanted to follow suit with other states and have its own flag. It was in 1860 when a flag was introduced that featured the state seal. However, this flag never was officially adopted.

It wasn’t until 1901 when a flag was designed by architect John Eisenmann. This flag was designed to be flown on the Ohio Building. Because of its unique design, Eisenmann obtained a design patent. The following year, William McKinnon introduced a bill that would make Eisenmann’s flag the official state flag. The bill was passed on May 9, 1902.

Ohio’s flag is the only version in the US that does not have a rectangular design. 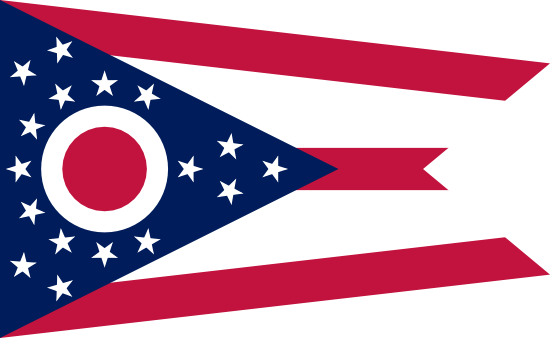 Swallowtail shaped flag with red and white horizontal stripes, and a blue triangle on the left edge with a large white circle with a red circle inside, surrounded by white stars 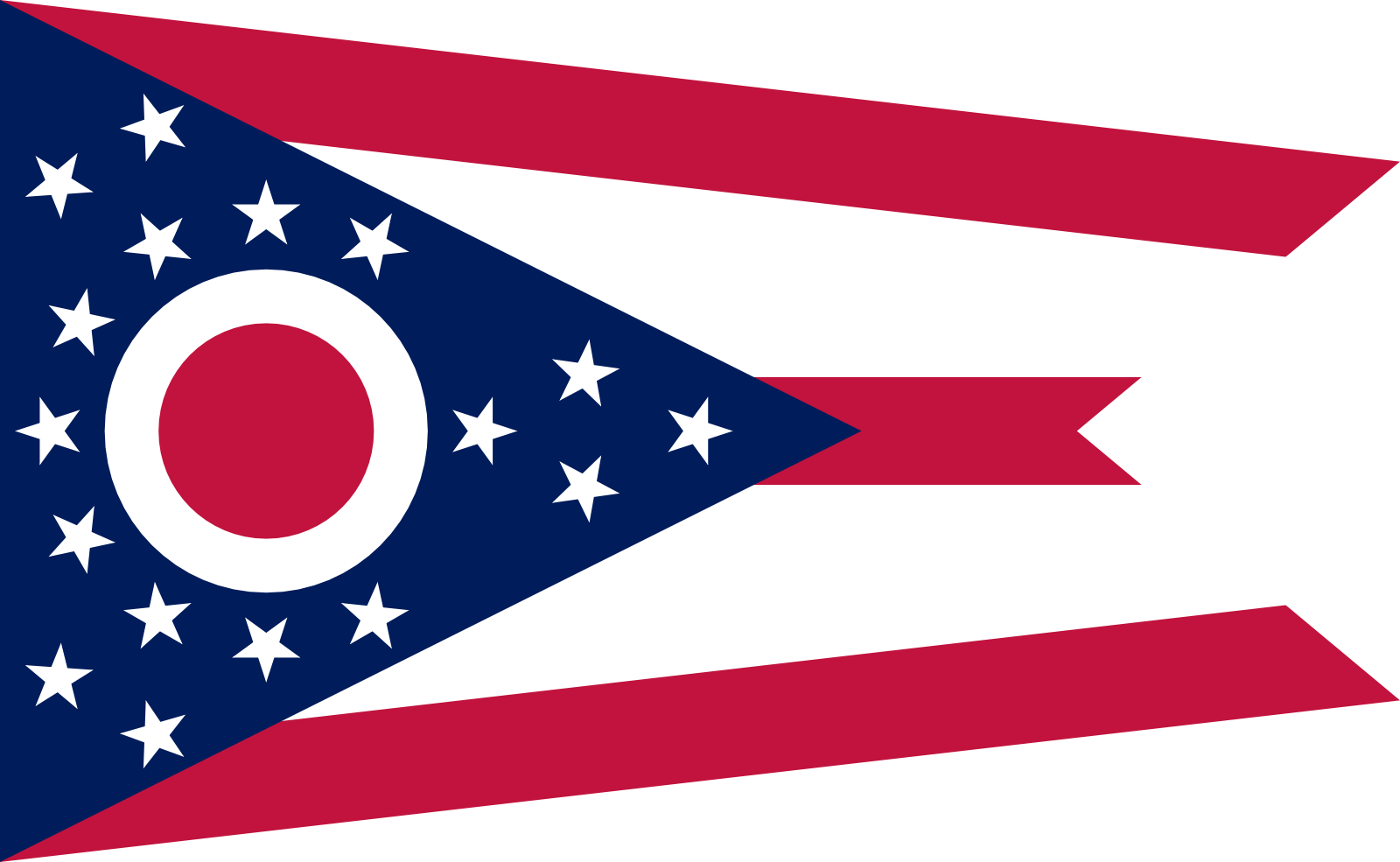