The Delaware state flag features the state’s coat of arms prominently in the center. The coat of arms featuring a shield with an ox, an ear of corn and wheat, which represent the state’s agriculture. There is a sailing ship above the shield represents the coastal commerce and the shipbuilding industry. There is a farmer and military man included in the design. The militiaman represents the importance of the military to maintaining the freedom of the nation, while the farmer symbolizes the role of farming within the state. The water in the design represents the Delaware River, which is important for commerce and transportation. The motto of “Liberty and Independence” is also incorporated in the design.

The main colors of Delaware’s flag are blue and buff, which were the colors of General George Washington’s uniform. The state’s coat of arms features a variety of colors including red, brown, blue, gold, green and white. At the bottom of the flag is the date December 7, 1787 written in white. This represents the day that Delaware ratified the Constitution.

A survey showed that Delaware’s flag design was ranked 52nd out of 72 state and provincial flags in the United States and Canada.

The official state colors, colonial blue and buff, make up the background of the state flag. 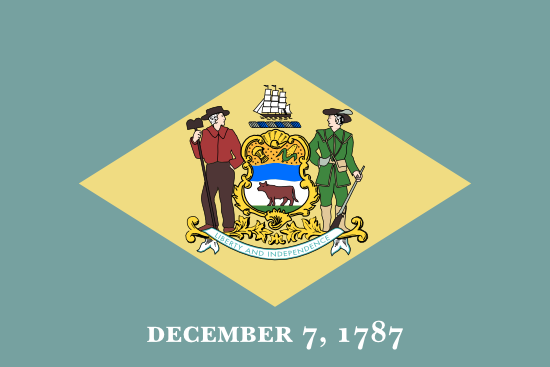 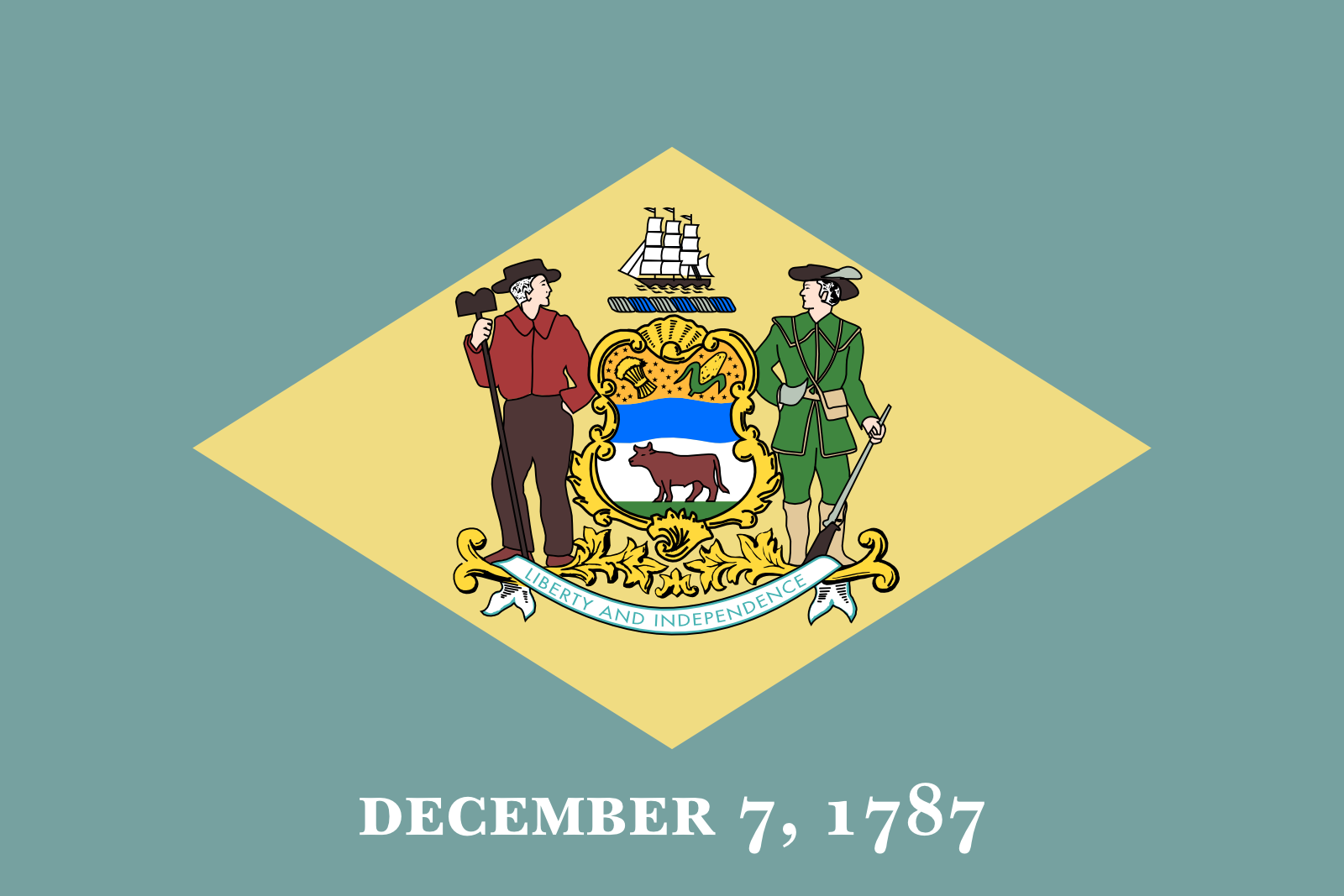