The flag of Kentucky features the state’s seal. The design of the seal features a pioneer and a statesman in an embrace. It is believed by many that the pioneer is supposed to be Daniel Boone, while the statesman is Henry Clay. However, officially, it is said that this image symbolizes all frontiersmen and statemen. The flag also features the state’s motto of, “United We Stand, Divided We Fall.” Text spelling out “Commonwealth of Kentucky” is also on the flag, and springs of goldenrod – the state flower – surround the seal.

The main color Kentucky’s state flag is blue, which makes up the background. The state seal contains multiple colors including white, blue, gray and brown. The state motto text is blue, while “Commonweath of Kentucky” is spelled out in gold lettering above the seal. Green and gold goldenrod flowers are located below the seal.

The earliest flags of Kentucky were flags that represented the countries of people that settled in the area. Until the Revolutionary War, the British Union Jack flew over Kentucky. Once the Declaration of Independence was signed, the flag of Virginia was flown in the state.

The state flag was designed in 1918 by Jesse Cox Burgess. The design was officially adopted on March 26, 1918. No changes have been made to the flag, and this design is still being used today. In 1963, the design of the flag was standardized by the state.

Kentucky adopted a pledge of allegiance to its state flag in the year 2000. 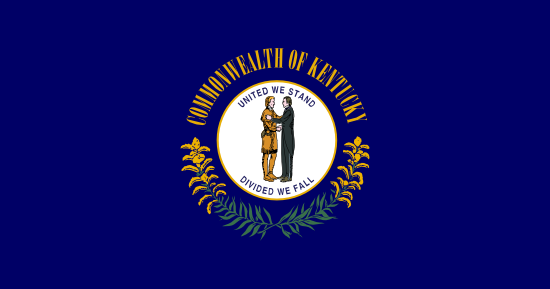 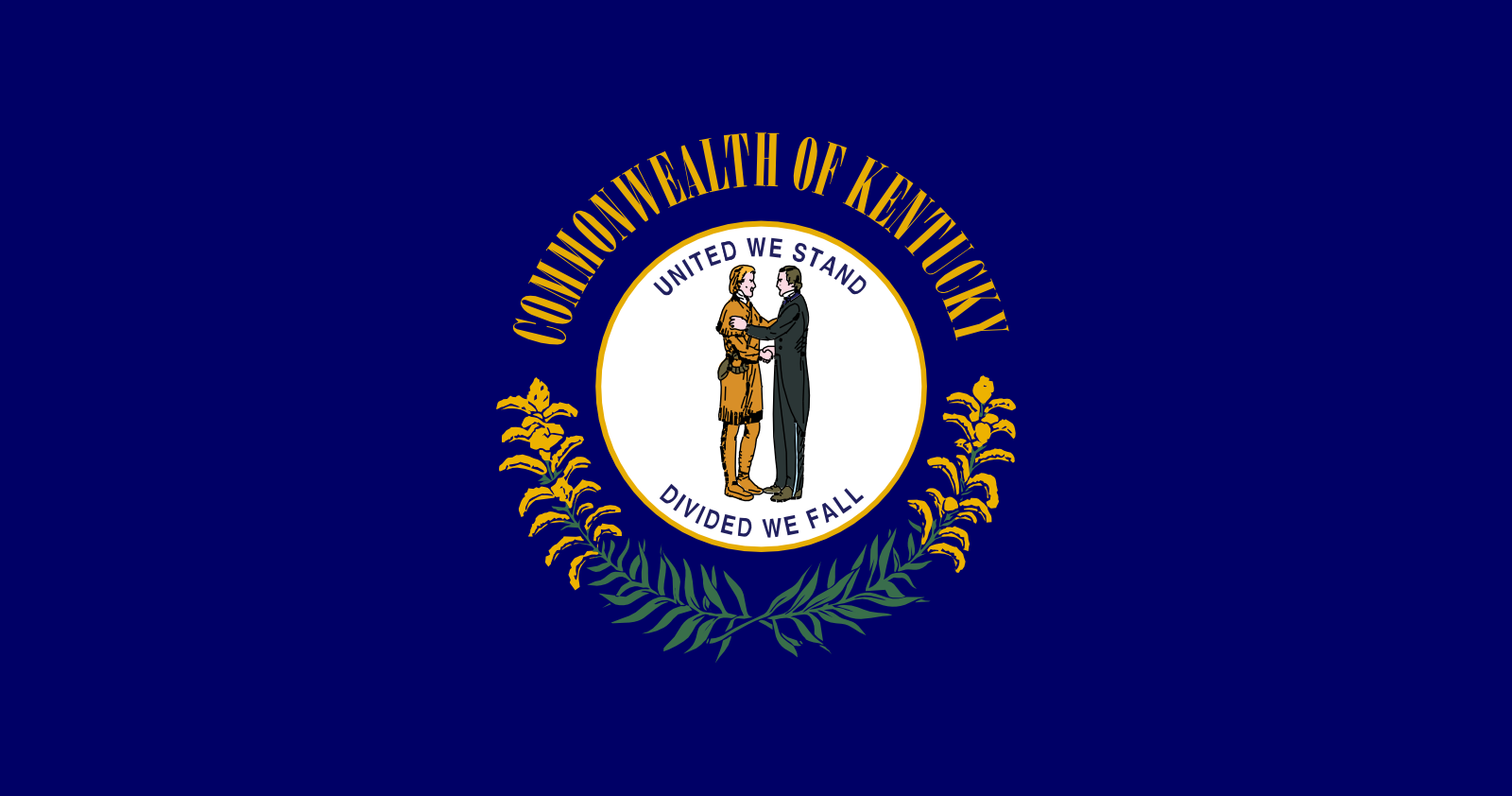