Bulgaria is located in Southeastern Europe and is the 14th largest country in Europe, although it is fairly sparsely populated with just 66 people per square kilometer (171/sq mi), ranking 107th in the world. It's estimated that Bulgaria has a population of 6.95 million in 2020.

Bulgaria is a small southeastern European company along the Black Sea and sharing its borders with Romania, Turkey, Greece, Serbia, and North Macedonia. With a total area of 42,855 square miles (110,990 square kilometers), roughly the size of the state of Tennessee, which ranks 102nd in the world in terms of area. The landscape within Bulgaria varies from the snowy Balkan Mountains to plains, to valleys, lowlands to the beautiful Black Sea Coast. As of 2017, the population of Bulgaria was 7.1 million, which ranks 107th in the world. The country has a population density of 167 people per square mile (64 people per square kilometer), which ranks Bulgaria as the 118th most densely populated country.

Roughly three-quarters of Bulgarian citizens live in or around urban areas, and several sizable cities reflect this. The capital, Sofia, is also the largest city with an estimated population of 1.2 million people, meaning around 1/6 of the population resides in the Sofia area. Sofia is surrounded by both the Vitosha and Balkan mountains and is thought to have been inhabited by humans since 7000 B.C. In addition to being the nation's capital, Sofia is also the economic center of Bulgaria. The second-largest city is Plovdiv, with a population of 338,153, which serves as the agricultural and educational center of Bulgaria. The port city Varna is the third-largest city in Bulgaria with 334,870 citizens located along the coast of the Black Sea. Burgas has a population of roughly 200,000 and is home to Bulgaria's fishing industry.

Approximately 85% of the population is Bulgarian, with other major ethnic groups being Turkish (8.8%), Roma (4.9%) and about 40 small minority groups totaling 0.7%. Bulgarian is the official language of the country, and it is the native language for over 85% of the country's residents.

Free public education in primary and secondary schools has contributed to the literacy rate of 98.6%.

While Bulgaria has a universal healthcare system, the poor quality of health facilities and the lack of medical personnel such as nurses is cause for many residents to seek medical treatment in other countries.

Bulgaria is a secular country, however, its constitution names Orthodox Christianity as a traditional religion and one that was followed by almost 60% of the population as of 2011. A 2018 update gives a breakdown of approximately 59.4% Eastern Orthodox following, Muslim at 7.8%, and other religions at 1.7%.

The Bulgarian economy is a free market, upper-middle-income, and industrialized. The most profitable industries in Bulgaria are in energy, mining, metallurgy, machine building, agriculture, and tourism. Post-communist-era in the 1980s, the economy shifted from exporting all of the aforementioned, towards producing biochemicals and computers. The national currency is called the lev and is worth roughly half of one euro.

The political system in Bulgaria is a parliamentary representative democratic republic, meaning that there is a Prime minister that leads all of the government and the nation's multi-party system. The president is elected by the people to serve a five-year term, and their primary roles include being the Commander in Chief of the military and maintaining foreign relations. The executive portion of the government is made up of the Council of Minister which is appointed by the National Assembly, which is made up of 240 elected members serving 4-year terms. The legislative branch is a single-chambered parliament. The judiciary is made up of regional courts, district courts and appeal courts.

Humans have lived in the area that is now Bulgaria, for thousands of years, and the region was part of some of the major empires throughout history including Byzantine and Ottoman. Bulgaria declared itself an independent kingdom in 1908.

Bulgaria lost more people per capita than any other country in World War II, suffering over 100,000 casualties. Germany occupied the area during the Second World War, and Bulgaria created a new constitution as a one-party state when the war ended. The newly formed Communist Party was lead by Todor Zhivkov, who later became president in 1971. In the mid-1980s, Zhivkov began forcing Turks in the country to assimilate and take Slavic names, causing roughly 300,000 people to leave the country.

According to the CIA World Factbook, the population of Bulgaria as of 2015 was 7,186,893. This reflected a slight decrease from the population of 7.36 million recorded during the 2011 census. Based on the most recent estimates, Bulgaria is ranked as the 101st most populous country in the world.

As previously mentioned, Bulgaria experienced a decline in population from the official figures from 2011 to estimates taken in 2015. In 2011, it was noted that Bulgaria was experiencing a "demographic crisis." This has been attributed to declines that began in the 1990s following an economic collapse. As many as one million people left the country by 2005 because of this. The country also has a low fertility rate of 1.43, with a birth rate that's one of the lowest in the world. Emigration, low birth rates, and a high death rate are all contributing factors to the declining population in this country.

How Many People Live in Bulgaria? 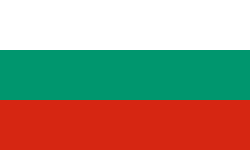 Bulgaria's population continues to decline since its peak of 9 million in 1986. With a high death rate, low birth rate, and negative net migration, the decline is expected to continue throughout the 21st century. Interestingly, Bulgaria (along with Latvia) is one of only two countries with a lower population today than in 1950.