Yemen is an Arab country on the southern end of the Arabian Peninsula and the second-largest country in the region with a 2,000 kilometer coastline. It's also one of the oldest civilization centers in the Near East, and the first country in the Arabian peninsula to give women the right to vote. It's estimated that the 2020 population of Yemen is 29.83 million, up from 2013's estimate of 23.88 million. This ranks it 48th in the world.

The urban population of Yemen is a relatively low 35.19%, but they have a couple of sizable cities. The capital of Sana'a has an impressive 3,937,000 residents. The cities of Ta-izz, Al Hudaydah, and Aden all have populations close to 500,000.

Most Yemenis are of Arab origin, as most minorities left when the former states of north and south Yemen were established. The country remains, for the most part, a tribal society with about 400 Zaydi tribes in the northern region and hereditary caste groups in urban areas, most notably Al-Akhdam.

There are 10-30,000 Turkish people still living in Yemen after their arrival with the Ottoman colonization, and there's a rather large community of Yemenite Jews. There are also large groups of Indonesians, Malaysians, and Singaporeans of Arab descent. Yemen hosts about 160,000 refugees and asylum seekers as well, mostly from Somalia, Iraq, Ethiopia and, more recently, Syria.

Yemen is very much an Islamic nation with roughly 98% of the population practicing the religion. 56% belong to the Shafi'i Sunni school of thought and the remaining 42% follow Zaydi Shia principles. There is thought to as few as 1,000 Christians and 50 Jews in all of Yemen.

Oil accounts for nearly 85% of Yemen's exports, and 75% of its GDP. Their oil reserves are small compared to other countries in the area, but it is a significant source of revenue for them.

Yemen has been plagued by civil unrest and war for a long time now, which has negatively impacted almost all aspects of life including economics and politics. The government relies heavily on grants just to meets its basic needs.

Yemen is one of the least developed countries in the world with the vast majority of its population in rural and tribal areas, and it's seen many conflicts and civil wars in recent history. The population is more than 5x larger than its 1950 population of 4.3 million, and Yemen has a young population as well, with almost half of its people under 15.

Yemen has the 30th highest fertility rate in the world at 4.45 children per woman, which is largely driven by religious beliefs and a lack of education and reproductive resources.

How Many People Live in Yemen? 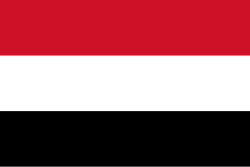 Yemen is rapidly growing due to its high fertility rate and it's expected to reach 60 million people by 2050.