Trinidad and Tobago has an estimated population of 1.40 million, which is largely unchanged from the 2000 population of 1.26 million. The country is growing at a rate of just 0.3% per year. 96% of the population lives on Trinidad while 4% live in Tobago.

Despite its rather low population, Trinidad and Tobago is densely populated with just 5,131 square kilometers of land. There are 254 people per square kilometer (659/sq mi), which ranks 48th in the world.

The two ethnic groups in the country descend from the freed black people who were enslaved by the British to work plantation fields and the imported Indian workers who came to the area after slavery was abolished.

The heartland of the Indian population is in Chaguanas.

Christopher Columbus found the island in 1498. Foreign disease from European settlers greatly reduced the native population, and there are few remaining today. The European influence on the country comes mostly from Britain, France, and Spain, all of which claimed the islands at various times during the colonial history.

While under British rule, the slaves were shipped from Africa to work plantations on the islands. When the African slave trade ended, East Indians were brought in as indentured servants. The current residents of Trinidad and Tobago today are descended from these two groups.

How Many People Live in Trinidad and Tobago? 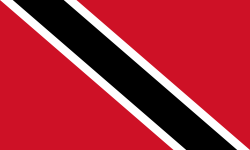 Timezones in Trinidad and Tobago

Trinidad and Tobago Population by Age