Situated on the northern coast of South America, Venezuela – or to give it its official title, the Bolivarian Republic of Venezuela – is one of the larger countries on the continent. It is also the 50th largest country in the world in terms of population, with an estimated 2020 population of 28.44 million.

Venezuela is the 33rd largest country in terms of sheer land mass with a total surface area of 916,445 square kilometers (353,481 square miles) It is relatively sparsely populated, however, and this is partly due to a mountainous landscape in some areas. Overall, there is an average of 33.8 people for every square kilometer of land here. This converts to 87.6 per square mile and makes this only the 174th most densely populated country on earth.

The capital city of Caracas is by the largest city in Venezuela with a population of roughly 5,576,000 within 300 square miles. The city's official name of Santiago de Leon de Caracas roughly translates "Heaven's Branch on Earth," which hardly seems fitting because it is known as being the most murderous city in the world. There were roughly 4000 homicides just in 2015.

Maracaibo, Venezuela's second largest city with a population of 4,163,670, serves as a conduit between Venezuela and the rest of South America via the Gulf of Venezuela. Valencia, with a population of 2,585,202, is the country's hub for industrial and manufacturing companies. Well over 80% of Venezuelans live in urban areas and there are many more sizable cities. Notably, Barquisimeto, Maracay, and Ciudad Guayana all have populations above one million.

The ethnicity in Venezuela is split among Spanish, Italian, Portuguese, Arab, German, African, and indigenous people. The World Factbook has no available statistical percentages on this area of demographics for this country. However, the World Atlas has found some relevant material, giving estimates of 50% Mestizo, 42.5% European descent, 3.5% African descent, 2.5% indigenous, and 1.2% other groups.

Spanish is the official language. However, it is common to hear indigenous dialects in certain areas.

In 2018, these numbers have been updated to a life expectancy of 76 years of age, divided between males and females at 73 and 79 years respectively. The median age is currently at 28.3 years for the entire population. The age structure has changed a little, with 7.9% of the population over the age of 65 in 2018.

Christianity is by far the dominant religion in Venezuela, with 88% of the population practicing (71% are Roman Catholic, 17% are Protestant). There are no other religions with a large hold in the country, and the majority of the remaining citizens are atheist or agnostic.

Oil was discovered in Venezuela during World War I, and shifted the country's entire economy away from agriculture export.

Corruption seems rampant in modern Venezuela and has brought the country from a modern economy to one of near-feudalism. State-run programs and industries are profiting from public deficits- causing hyperinflation and shortages is even basic needs related goods.

Venezuela asserted its independence from Spain in 1811, which caused a series of wars and uprisings that totaled over 20 years of warfare and took over 800,000 lives.

The political process known as the Bolivian Revolution was led by president Hugo Chaves beginning in 1999. The policies in this movement are supposed to support democracy and economic independence.

Figures from the OECD / World Bank show steady and sustained growth in the Venezuela population over many years. Back in 1971, the organization showed that there were 11.1 million people here and by 1990, that figure had grown to 19.8 million. A further survey by the World Bank claims that numbers had risen to 28.4 million in 2009.

How Many People Live in Venezuela? 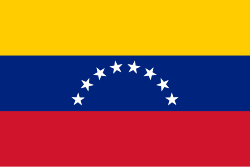 Population growth was put at 1.508% and the country had a healthy split between age groups. It was claimed that 29.9% of the Venezuela population was aged between 0 and 14 while a further 65% fell between the age groups of 15 to 64.

Overall, the pattern in Venezuela is one of population growth and it seems set to stay that way for some considerable time.