Finland is one of five Nordic countries located in Northern Europe, where it's bordered by Norway, Sweden, Russia, Estonia and the Gulf of Finland. Finland has an estimated population of 5.54 million in 2020, which ranks 116th in the world.

The most recent confirmed population figures date to the 2010 census, which found an official population of 5.36 million. The population of Finland has since grown to an estimated 5.54 million in 2020.

The country has a very low population density of 39 people per square mile (15 people per square kilometer), which ranks 171st in the world and makes Finland one of the most sparsely populated countries of the European Union. 130,666 square miles (338,424 square kilometers) make up the surface area of this Finland, which is located in Northern Europe bordering Sweden, Norway, and Russia. It is the fifth-largest country in Western Europe and 71st in the world.

A very urban city, 85% of the people living in Finland reside in or around a major city. The largest city and capital is Helsinki on the shore of the Gulf of Finland. Helsinki has a population of 625,000 and a metropolitan population of 1.4 million. The Helsinki metro area is the 4th largest Nordic metropolitan area after Copenhagen, Stockholm, and Oslo. Because of their close Proximity, Helsinki has a close history with the cities of Tallinn, Saint Petersburg, and Stockholm. Helsinki was recently listed as one of the top ten cities to live in the world. Right next to Helsinki is the second-city in Finland is Espoo, with a population of 279,044. Espoo is home to much of Finland's tech industry and universities. Three other cities with populations exceeding 200,000 include Tampere, Vantaa, and Oulu. Four additional cities with populations over 100,000 are Turku, Jyvaskyla, Lahti, and Kuopio. There are certainly plenty of urban areas for the majority of Finland's citizens to live in.

Finland is very ethnically homogeneous. Most of the population is ethnic Finnish. The earliest inhabitants of the area were hunter-gatherers, most closely related to the modern-day Sami people of Finland. There are about 4,500 Sami left in Finland who are officially recognized as a minority. The Sami people have been living north of the Arctic Circle for over 7,000 years and account for a 5% minority in the Lapland Province. Finland does not keep official statistics on ethnicity.

Just 3.5% of the population is made up of foreign citizens, which is one of the lowest rates in the European Union. Most foreign citizens are from Estonia, Russia, and Sweden. Children of foreigners born in Finland do not automatically receive Finnish citizenship unless they cannot get citizenship in another nation. The official languages used in Finland include Finnish and Swedish, with a bit of Russian and other languages in use as well.

As evidence of the slowing down of population growth, Finland also has a high percentage of people aged over 65 – 17% in 2009 and that is considerably higher than the world’s average.

In terms of religion among the population, Lutheran and Eastern Orthodox were measured at 70% and 1% respectively, with 28% either unspecified or having some other religion. Other religions in Finland include Islam, Hinduism, Judaism, and folk religions. There are two official National churches: the Evangelical Lutheran Church of Finland, which is Protestant, and the Finnish Orthodox Church. Citizens that belong to either of these churches have part of their taxes turned over to them.

According to the World Happiness Report, Finland comes in at first place, with a ranking of 7.632 overall for happiness. This report takes numerous factors into consideration, including GDP per capita, social support, healthy life expectancy, freedom to make life choices, generosity and perception of corruption.

The political system in Finland is a parliamentary republic made up of 317 municipalities. The president is the head of the state and the multi-party system. The parliament, president and all members of the government are elected by the people. The Prime Minister and eleven less significant ministers make up the Council of State in the central government of Finland. Finland is also broken up into six regions, each of which has administrative agencies. Within the judicial branch, there are 27 district courts, 6 courts of appeals and six regional administrative courts.

Recorded Finland population figures date back to 1750 and have been faithfully updated ever since. They would clearly appear to have been rounded either up or down too and in 1750, it is shown that there were 421,000 people living here.

Ten years later, those numbers had climbed to 490,000 – a rise of just over sixteen percent and similar increases through the rest of the 1700’s took the population of Finland to 837,000 at the start of the 19th century.

The population of Finland climbed above one million for the first time by 1820 and as the 20th century began, figures within the country had increased to 2,655,900. This pattern of steady increases has continued ever since to the point where the Finland population in 2012 is rapidly approaching 5.5 million.

It is reported that population growth slowed in Finland after World War Two with average family sizes falling from 3.6 in 1950 to 2.7 by 1975. Therefore, while there is still growth here, it is considerably slower than it has been in the past.

Overall, however, the picture is still one of growth in terms of a decade by decade situation. Therefore, it could be that the population of Finland may come very close to the six million figure by 2020. The 2018 growth rate is currently at 0.35% in the positives for the year.

How Many People Live in Finland? 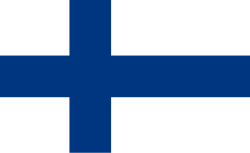 It is reported that population growth slowed in Finland after World War Two with average family sizes falling from 3.6 in 1950 to 2.7 by 1975. Therefore, while there is still growth here, it is considerably slower than it has been in the past.

As evidence of the slowing down of population growth, Finland also has a high percentage of people aged over 65 – 17% in 2009 and that is considerably higher than the world’s average.

Overall, however, the picture is still one of growth in terms of a decade by decade situation. Therefore, it could be that the population of Finland may come very close to the six million figure by 2020.