Italy's 2020 population is estimated at 60.46 million according to the latest UN projections. The official Census figures are more optimistic, estimating the population at 61,838,227 in 2016. Italy, officially the Italian Republic, is located in Southern Europe and bordered by France, Slovenia, Austria and Switzerland along the Alps. This famously boot-shaped country is the 4th most populous country in Europe (after France, the United Kingdom, and Germany) and the 23rd most populous in the world.

Italy's population density is very uneven and the Po Valley is the most densely populated with almost half of the country's population. Other densely packed areas include the metropolitan areas of Naples and Rome. The Basilicata plateaus, the Alps and Apennines highlands, and the island of Sardinia have a very sparse population. The total surface area comes to 301,340 square kilometers within the boundaries, including 7,600 kilometers of coastline. In combination with the total population, the density comes to approximately 197 people per square kilometer overall.

The three largest cities in Italy include Rome (2.8 million), Milan (1.3 million) and Naples (1 million), although Naples has experienced a population drop below 1 million in the last decade. Rome is Italy's capital and home to 2.8 million people in 1,285 square kilometers (496 square miles), which makes it the 4th most populous city in the European Union within city limits. Its urban area is home to up to 3.8 million, and the Rome metropolitan area has a population of 4.2 million.

Rome has a rich history that spans over 2,500 years since it was founded in 753 BC. It's one of the oldest continuously occupied cities on the continent and is often referred to as "the Eternal City."

Milan, the fashion capital of the world, was first settled by Celts circa 400 BC, although it was eventually conquered by the Romans and became the capital of the Western Roman Empire. The city proper is home to 1.3 million people, but the urban area has a population of 5.2 million and is the 5th largest in the EU and the largest in the country. The Milan metropolitan region has a population of 8 million.

There are also close to 1 million Romanian citizens officially registered in Italy, followed by Moroccans and Albanians with a population of half a million each.

The largest ethnic group in Italy is the Native Italian, comprising 96% of the population.

The official language is Italian, while there are a variety of areas that use primarily German, French, and Slovene.

The median age of Italy is currently at 45.5 years of age, with a total life expectancy of 82 years.

Unsurprisingly, the dominant religion in Italy is Roman Catholicism, with the Vatican City in the heart of Rome. People identifying as some form of Christian make up in excess of 80% of the population. Islam is the second most practiced religion in Italy, although the numbers don't come close to Christianity.

Italy's economy is largely industrial, although this means something different in the north versus the south. Northern Italy contains mostly private companies, whereas the south is more agricultural and welfare dependent. There is also a substantial underground economy in Italy which is estimated to account for as much as 15% of their GDP.

After the country abolished its monarchy in 1946, it became a democratic republic and has remained as such ever since.

Italy experienced mass emigration from the end of the 19th century through the 1960s with nearly 750,000 Italians emigrating per year from 1898 to 1914. It's thought that this is the largest mass migration in contemporary times and led to a diaspora of 25 million Italians. Today, over 5 million Italian-born people live abroad.

By the late 1970s, however, Italy began to attract a great deal of foreign immigrants. It's estimated there are over 5 million foreign residents in Italy today, which accounts for 7.5% of the total population. This includes about 500,000 children born in Italy to foreign nationals.

The most recent Census was taken in 2011, and showed the population at 59,433,744. This figure is pretty close to the UN estimates, but there are disparities when it comes to population projections. The census projects continued growth for several decades, whereas the UN estimates that Italy will decline from 2016 on.

Italy's population is expected to decline throughout the 21st century with a death rate now greatly exceeding the birth rate. Latest indicators show 1,673 deaths per day, compared to just 1,353 births per day. Despite a positive net migration of 289 per day, the overall trend is now negative. Currently, Italy's foreign residents are outpacing the country's population growth with a foreign population that grew by 7.4% in 2012, compared to a population growth of just 0.5%.

How Many People Live in Italy? 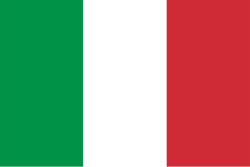 The population is expected to decline over the next 3 decades as the country already has a death rate that exceeds its birth rate along with negative migration. The UN estimates that 2016 will represent Italy's peak population, and the country's population will decline for the remainder of the century. The official statistics from the Italian Census paint a rosier picture, projecting that Italy will continue to grow until 2042, reaching a peak of nearly 64 million.