Spain, officially known as the Kingdom of Spain, is a sovereign state and a member state of the European Union, situated on the Iberian Peninsula in Southwest Europe. To the south, it’s bordered by the Mediterranean Sea apart from a small boundary with Gibraltar; to the north and northeast it is bordered by France, Andorra and the Bay of Biscay; while to the west and northwest it borders the Atlantic Ocean and Portugal. The 754 miles (1,214 km) of border with Portugal is the longest uninterrupted border within the European Union.

The country is a democracy under a constitutional monarchy and is organized in a parliamentary style of government. It’s a developed country and is the 14th largest economy in the world by nominal GDP. The Kingdom of Spain has very high standards as well as the 10th highest quality of life index rating in the world as of 2005 statistics. As of 2020, the country has an estimated population of 46.75 million, ranking it 30th in the world.

The population of Spain was previously recorded in 2012 as 46.6 million people. This is a significant figure since the total population back in 1960 was 30.5 million as reported by Eurostat - a 52% increase over the last half-century. The 2016 estimate is 48,146,134, its all-time high compared to a record low of 30.46 million in December 1960. The figure now represents 0.67% of the world’s population, which means that one in every 151 people is a resident of Spain.

According to the census in 2008, Spain had about 46,157,822 inhabitants. 505,992 square kilometers make up the total surface area of this country. This translated to a population density of about 91.4 people per square kilometer, or 229 per square mile. The population density is lower than that of most other Western European Countries. With the exception of Madrid, the capital of Spain, the populous regions in the Kingdom of Spain are along the coastline of the country.

Spain has a fairly high rate of people living in urban populations and as such as several sizable cities. The two largest are Madrid and Barcelona, which have populations of 6,155,116 and 5,179,243, respectively. Other notable large cities are Valencia, Seville, Bilbao, and Malaga - all of which have populations slightly above or below one million.

In terms of languages used in the home and as official government communications, the World Factbook gives us a breakdown of: Castilian Spanish (official nationwide) 74%, Catalan (official in Catalonia, the Balearic Islands, and the Valencian Community language (where it is known as Valencian)) 17%, Galician (official in Galicia) 7%, Basque (official in the Basque Country and in the Basque-speaking area of Navarre) 2%, Aranese (official in the northwest corner of Catalonia (Vall d'Aran) along with Catalan.

The Kingdom of Spain currently has no official religion. This is despite the fact that over 90% of the population prefer to identify themselves as Catholic. The constitution of 1978 removed Roman Catholicism as the official state religion. While large portions of the population are believed to be Catholic, 63% confirmed that they never attend any religious services in the country.

Spain’s life expectancy is the highest in Europe, surpassing even the likes of Australia, the US, Canada and Norway. Life expectancy is 79.6 for males and 85.6 for females, which averages to a total life expectancy of 82.6. This places the Kingdom of Spain at rank 5 in World Life Expectancy, according to a WHO report published in 2013. The median age is Spain is currently at approximately 42.7 years of age.

The life expectancy at birth gives the number of years an infant would live if the prevailing mortality conditions at the time of birth were to stay the same all throughout his or her lifetime. Spain has the 3rd lowest level of lives lost in the world. Some attribute this to the Mediterranean diet, while others say it’s because the country is performing well against causes of death such as various types of cancer.

A sharp drop in the birth rates was witnessed during the last quarter of the 20th century. Spain’s fertility rate of 1.49 is subsequently lower than the EU average, but there has been a rise in the rate ever since the late 1990s. The birth rate rose from 9.10 births per 1000 people to 10.9 over a period of ten years from 1996 to 2006. The birth rate in 2016 is estimated to be 9.6. In 2018, the fertility rate of women is at 1.5 births per woman, with women reaching age 30 before birthing their first child.

In terms of quality of life, healthcare, and necessary access to drinking water and sanitation, Spain is doing relatively well. 100% of the population has improved access to clean water, and only 1% remain in a position of struggle in terms of access to improved sanitation measures. Additionally, healthcare receives approximately 9% of the national GDP annually, funding at least 3 physicians per 1,000 residents and at least 3 beds per 1,000 residents. When we look at the World Happiness Report as shared by Wikipedia, we see that Spain has reached a ranking of 36th, with a score of 6.3 for overall happiness. This report considers a variety of influencing factors, including GDP per capita, social support, healthy life expectancy, freedom to make choices, generosity and perceptions of corruption in their country of residence.

The population of Spain has been on the rise, especially after the adoption of the 3-month amnesty program by the government that allowed immigrants to be awarded legal status as residents of Spain. When the population struck the 40 million mark, the population density stood at about 79 persons per square kilometer.

The population growth rate experienced a drastic rise at the start of the 20th century due to a boom in the industrial sectors of Spain, and even more so in the 1960s and 1970s. However, this was compounded by uneven distribution in the population over time. Urban areas witnessed massive growth, with the Spanish villages experiencing huge drops. In the 1980s, when the economy faced a lot of stalemates, population growth was also directly affected. The state of the economy also forced some of the Spanish citizens to migrate to other European countries, negatively impacting population growth.

The growth rate was, however, restored in the 1990s. The citizenry of the Kingdom of Spain is a mixture of natives as well as various foreign immigrants. Spain’s population has increased significantly as a result of migration from Latin America, East Europe, North Africa and sub-Saharan Africa. People are migrating to Spain in large numbers, mainly to spend their retirement days along the coastline but also due to the many opportunities for businesses to thrive.

As of 2009, the number of residents was at 46,661,950 and the population density stood at 90 people per square kilometer (or 231 per square mile). Despite the fact that the population has been on a steady increase, large sections of people are concentrated in the major cities of Spain such as Madrid and Barcelona. The rural areas of the country, despite the steady growth, have experienced declining population.

During the 20th century, the population of Spain doubled, although the trend was uneven due to large-scale internal migration from rural areas to urban areas with core industries in the economy. The same internal migration practice was witnessed in other Western European countries as the preference for urban cities with industries of importance to the economy grew. At least 11 of the 50 provinces in the country experienced negative population growth during this century.

The growth of the past has slowed to a virtual halt and the current rate of change if virtually zero. However, in the coming years, the population is actually expected to decrease, but not drastically. The population is forecast to be 46,459,219 in 2020, and 46,115,125 in 2030.

How Many People Live in Spain? 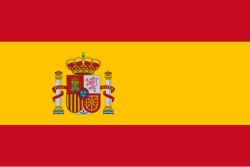 Eurostar has projected that by the year 2060, the total population of Spain will stand at 49.2 million. Since reports of real-time population analysis indicate there are currently about 47 million residents, the population is bound to grow, albeit slowly, over the next few decades.